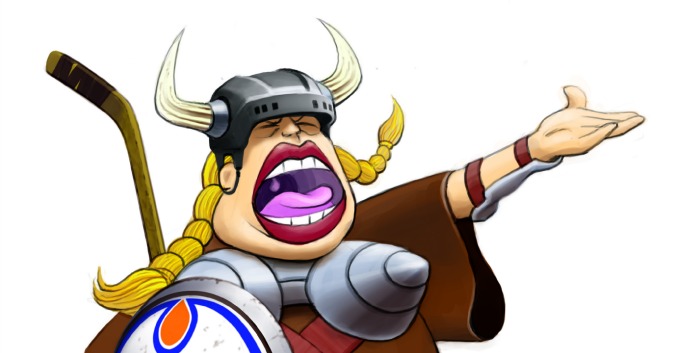 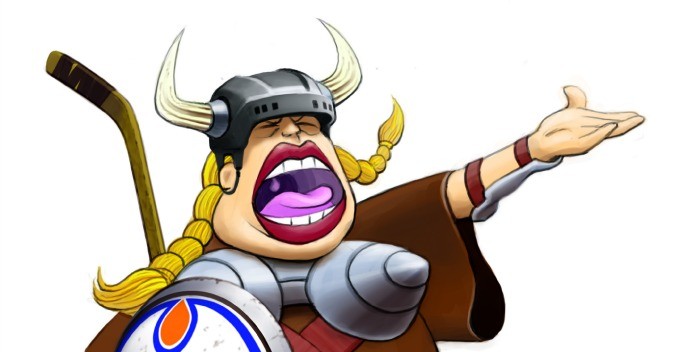 Hello, Canada, opera fans on campus and in E-town land! 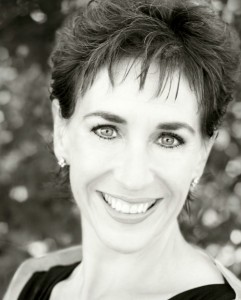 Before I chatted with Elizabeth Turnbull about the Opera Night in Canada program going up in Convocation Hall tonight and Friday, March 13, 2015 at 8 p.m. in Convocation Hall, I didn’t realize there was a vast repertoire of Canadian operas.

Although Canadian operas tend to be relatively young when compared to the more classic European offerings, like our multicultural nation, Turnbull explains that Canadian opera works are diverse, covering a wide-range of regional themes and filled with quintessential Canadian humour and colourful characters.

“I think it is important for us to recognize and celebrate what is unique about our own culture,” says Turnbull. “We are fabricated from so many different strands of ethnic backgrounds, and that forms something really unique, and distinctively Canadian. Through our art, we look at ourselves and we understand ourselves.”

Turnbull says it is important for students in the University of Alberta opera workshop to be exposed to newer works.

“We need to take part in the living, breathing version of our art form. Sometimes people think of opera as being antiquated with people running around in period wigs and things. Of course, that’s part of it. But there are a lot of wonderful, new works being created.” 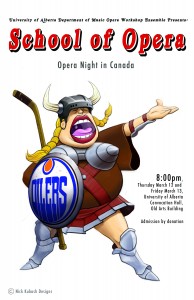 Recognized as one of the first Canadian operas. Music written in 1889 by Oscar Ferdinand Telgmann. Libretto by George Frederick Cameron.

Bath Scene from Svadba by Anna Sokolovic
Serbian folk songs at the centre of a young women’s stagette celebrations.

Quartet fromZeus and the Pamplemousse, by Jeff McCune and Michael Cavanagh
A series of opera cliches strung together for school tours.

Prelude from Hannaraptor by Allan Gilliland
Explores dinosaurs and the badlands.

Church Quartet / Finale fromInesby James Rolfe
Premiered in 2009. Transplants the Portguese legend of prince Pedro Carmona to Toronto. The prince is a surgeon and his upper class wife, Constanza, is sick of the dreariness of winter.

August Strindberg: After the Inferno