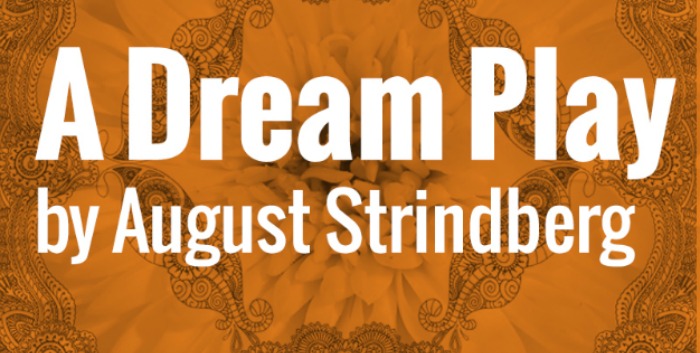 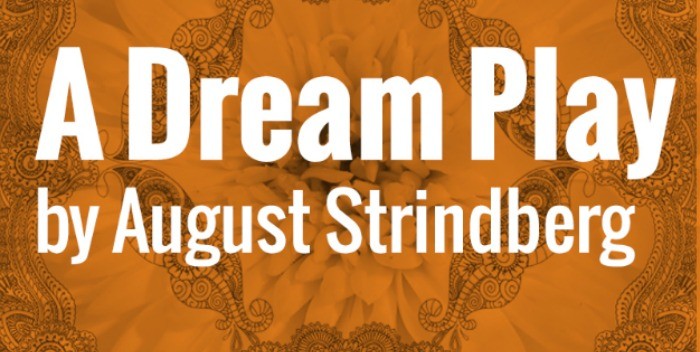 The Author of A Dream Play

written by U of A Studio Theatre production dramaturgs Rohan Kulkarni, Dana Tanner-Kennedy and John Battye

August Strindberg was a man divided. A protean and prolific artist and a dabbler in chemistry, alchemy, and the occult, Strindberg’s career as a writer blossomed in the late-19th century when his native Sweden awoke to the clarion call of Modernism. In his early plays, such as The Father and Miss Julie, he embraced the tenets of Modernism’s first movements—Realism and Naturalism—exploring themes of crime, heredity, and the effects of environment on human character. The man who wrote A Dream Play, however, was one changed fundamentally by a descent into madness.

In 1894, after his second marriage failed, Strindberg moved away from his family to Paris. There he spent time in avant-garde circles, where he became enamored of the Symbolists, whose work was an ideological break from the Naturalist style with which he was familiar. Shunning the Naturalist obsession with external reality, the Symbolists turned their gaze inward, endowing their plays, poems, and paintings with mystical resonances in an effort to lift the veil that covered the mysteries of life and unlock the secret codes of the universe.

Between the anxiety of a life in poverty, and an increasing interest in and fear of the occult, Strindberg suffered a series of psychotic breakdowns. Much like the biblical figure Job, Strindberg thought himself persecuted by misfortune and hardship. In his literary autobiography Inferno, Strindberg writes about the feeling of some mysterious or malevolent force tampering with his destiny. After a succession of crises Strindberg went to Austria to see his daughter, an event that triggered a new intellectual and religious upheaval within him. 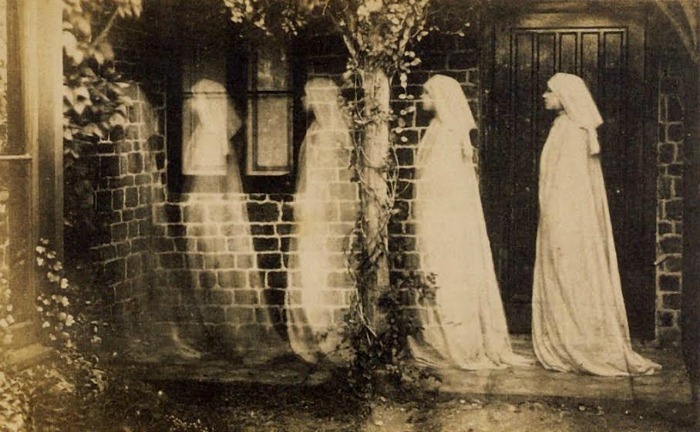 The 1890 photograph “The Ghost of Bernadette Soubirous,” by an anonymous artist, is an eerie example of a multiple exposure image used in creating so-called “spirit photography.” This turn-of-the-century obsession with capturing the unseen world was one that Strindberg shared.

As he awoke from this period—which he termed his “Inferno Crisis”—Strindberg reevaluated his beliefs and his place in the world. Inspired by his readings of the 18th century Swedish mystic Swedenborg and the 19th century German philosopher Schopenhauer, he now believed in a benevolent Creator who punished humanity to impart greater understanding and expected them to fulfill life’s duties and obligation with devotion. Strindberg concluded that his punishment, the earthly hell of his Inferno Crisis, was meted out because of his own attempt at isolation.

This new outlook caused a radical reimagining of his dramatic writing. In his post-Inferno period of artistic ferment, Strindberg experimented wildly with form and content, effectively marrying the Naturalist desire to capture objective experience with the Symbolist desire to render the subjective in external space. The dream, and the attempt at making it a concrete reality, becomes the subject of some of his later works—Ghost Sonata, To Damascus, and A Dream Play

Honouring Strindberg’s vision behind staging the dream world, and adding her unique style to it, Caryl Churchill adapted A Dream Play in 2005 for the National Theatre in London. The University of Alberta Studio Theatre production features that adaptation, which strips down the text and employs Churchill’s characteristically crisp language to capture the essence of the dream as she imagines it.

Walter Jule – The Heart of His Art