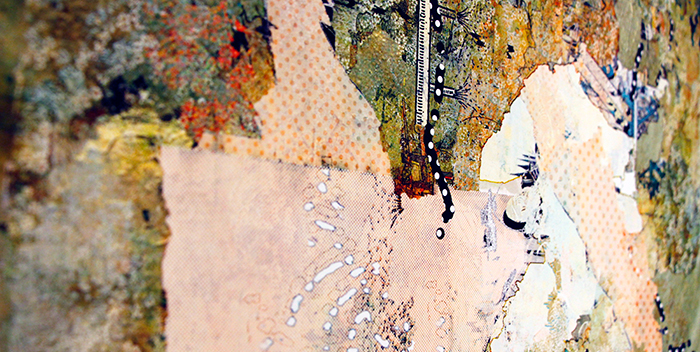 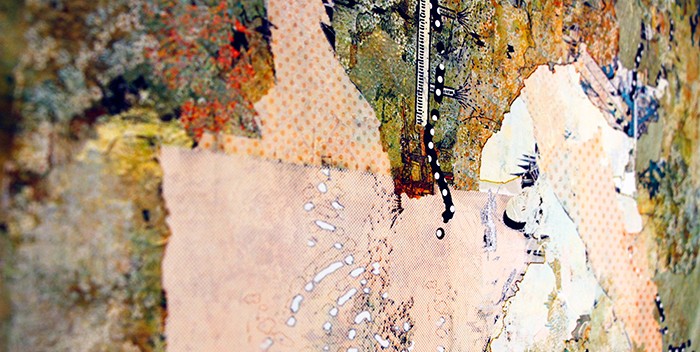 Although he’s been featured in more than 250 international exhibitions, has artworks in more than 60 permanent collections worldwide, is inducted in the Royal Canadian Academy of Arts, nothing delights UAlberta printmaker Walter Jule more than recounting the career trajectories of his former students. Having taught in UAlberta’s Department of Art & Design for more than four decades, the professor emeritus has a great deal of material to draw from. 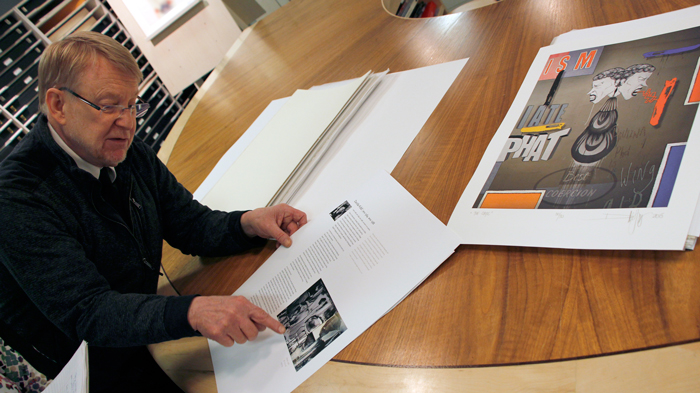 Walter Jule showing some of the pages from the show – From Time to Time.

So when the American-based Southern Graphics Council announced Jule as the 2015 Excellence in Teaching Award recipient, and invited him, the first artist outside of the United States to be bestowed with the prestigious honour, to exhibit a solo retrospective of his work at the upcoming SGC 2015 conference in Knoxville, Tennessee, it was no surprise that he was quick to steer the conversation about his greatest impact on the evolution of print-based art towards featuring the work of UAlberta printmaking alumni worldwide. 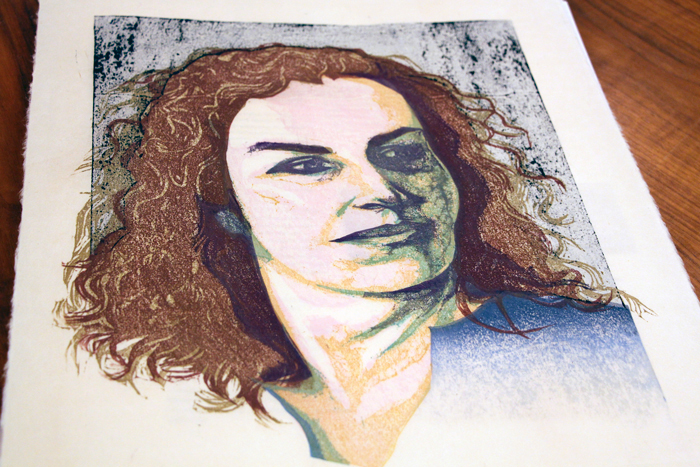 Detail of a print from the “From time to time” portfolio.

“Since 1970, over 70% of all international graphics prizes that were awarded to Canadian artists have been won by artists associated with the University of Alberta as teachers or students,” Jule explains proudly. “The primary reason I am receiving this award is because so many of our graduates from the University of Alberta printmaking program are teaching now all over the world. They pursue projects together and now we have students who are the students of our former students.” 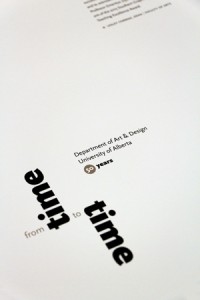 For the exhibition, Jule has organized a printmaking portfolio called From Time to Time, featuring artworks by 26 of UAlberta’s most distinguished printmakers from 1975 to 2008.

A number of the alumni have already booked an exhibition of the portfolio show at their respective university galleries for the coming year. UAlberta’s Print Study Centre will also receive an edition of the show to hold in its collection for prosperity.

The artists featured are an impressive list of who’s who in today’s printmaking-sphere, including current UAlberta Art & Design professor Liz Ingram and Canadian Research Chair and Centennial professor Sean Caulfield, and other alumni who have together won more than 90 major international awards, and gone on to exhibit their work and hold teaching appointments throughout North America, Europe, Australia and Asia.

As Jule puts the finishing touches on From Time to Time and prepares the exhibition for shipping to Knoxville this week, several past conversations with students through the decades come to mind.

He recounts with a chuckle a favourite exchange between his longtime print studio technician Robin Smith-Peck. “When Robin handed in her resignation she said it was time for her to become a grad student because she was the only one around here who understood my critiques.”

“It was true!” laughs Robin Smith-Peck who worked alongside Jule as an etching technician in the 1980s. In 1981 it was Jule who encouraged Smith-Peck to establish SNAP – the Society for Northern Alberta Printmakers with fellow UAlberta print shop technician Marc Siegner. Smith-Peck went on to complete her MFA at UAlberta in 1989 and was recently inducted with Siegner into Edmonton’s Cultural Hall of Fame.

“Sometimes the students could be quite perplexed, asking ‘what does he want?’” recalls Smith-Peck. “But what Walter wanted was the student to engage with him in conversation, and to come to some kind of awareness and understanding of their own work. He was never an instructor saying you should fix this or you should do that.” 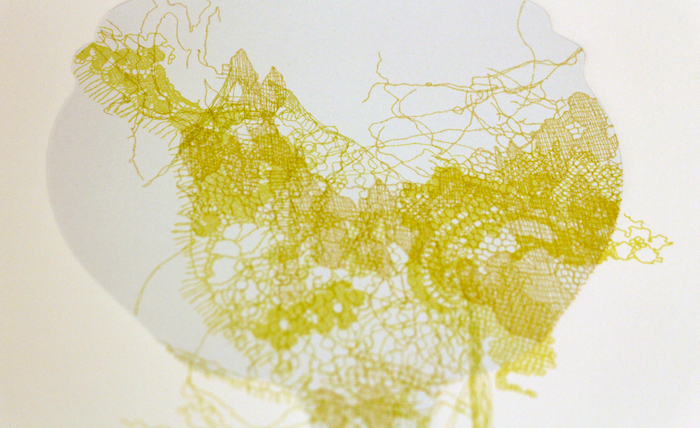 Detail of a print by Marna Bunnell. From the “From Time to Time” portfolio.

“I’m not interested in dogmas. I am interested in helping to create an environment that is so diverse and interconnected that students have a chance by plan or by stumbling to connect with an inner predilection – something that is authentic about their creative aspirations. That’s where the teaching kicks in,” says Jule.

Throughout Jule’s career and into his retirement, if that is what his current back-to-back schedule of international engagements as exhibitor, curator, juror and guest speaker can be called, he has upheld an unwavering commitment to the act of conversation as being the source or locator of artistic genius or insight. And these conversations with Jule continue to inspire alumni years later.

“It is almost like you have Walter’s voice in your head, so even when you are working in your own studio, by yourself, and in my case that’s a trailer in Yellowknife, it is often like I am having a conversation with Walter about the work,” says Smith-Peck. 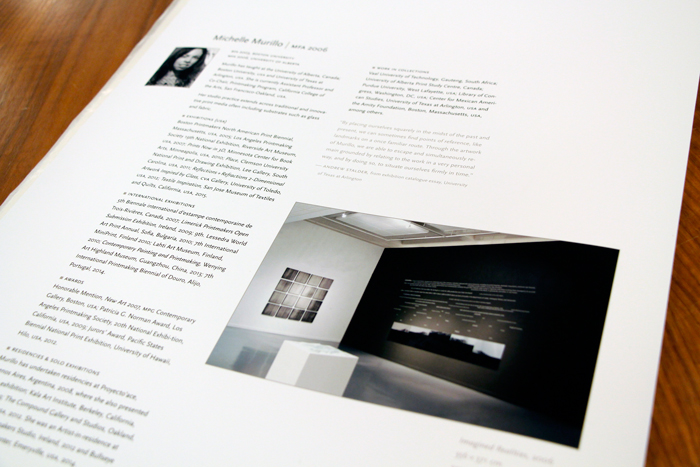 Michelle Murillo’s page in the From Time to Time portfolio.

This story was originally published on the Faculty of Arts’ companion blog, Work of Arts. Look for a recap of Walter Jule’s Southern Graphics Conference 2015 keynote address, “Survival Tips for Young Artists in Changing Times,” and a post about Walter Jule’s impact by FAB Gallery manager, Blair Brennan coming soon.