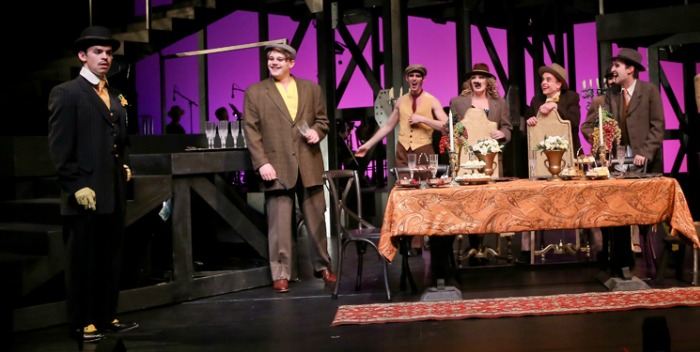 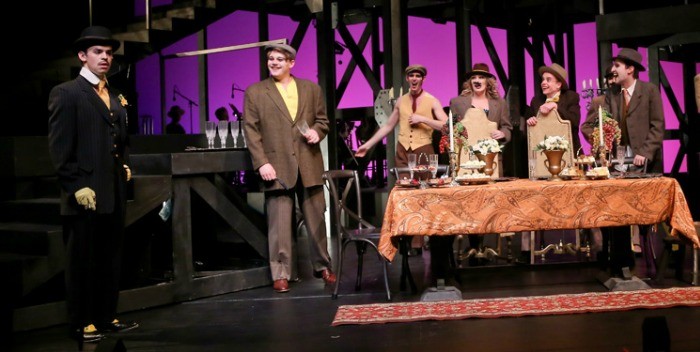 The slapstick antics of Charlie Chaplin’s memorable character, ‘The Tramp’, have touched hearts around the world, and influenced generations of performers. The childlike innocence, dirty ill-fitting clothes, and overly polite mannerisms of a clumsy fool have gleefully enchanted us for over a century. The Tramp’s endless search for love and acceptance, in a time of great political and financial struggle, represent the everyman’s journey to find happiness and comfort in a greedy bourgeois world. This is precisely why Bertolt Brecht admired and befriended the Clown.

Did Brecht borrow directly from the master of slapstick? 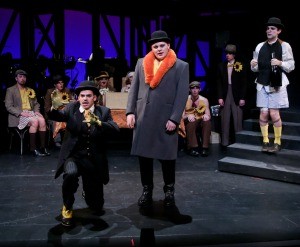 In Paul Flaig’s article Brecht, Chaplin and the Comic Inheritance of Marxism, he says Chaplin was considered one of the most avid attendees to Brecht shows, and Brecht’s concept of theatrical Gestus was visibly influenced by Chaplin’s unique use of gesture in film. Both artists shared the belief that the working man needed to flourish alongside the bourgeoisie, with Brecht advocating a Marxist ideology, and Chaplin being a humanist. For example, Chaplin’s film City of Lights (1931) and Brecht’s play Puntila (1948) both depict the working class individual fighting for survival, while cast in the shadow of a drunken millionaire who only befriends the lower classes while intoxicated. Though friendly in a stupor, the bourgeois character in both works is quick to revert to his greed and dominance.

Similarly, Chaplin’s The Great Dictator (1940) and Brecht’s The Resistible Rise of Arturo Ui  (1941), released only months apart from each other, are both caricatures of the Nazi regime and Adolf Hitler. These tragic farces are remarkably alike on the surface, and will no doubt reveal further overlap upon close analysis. Perhaps deep in his heart Brecht wanted to be a Clown, constantly searching for love and acceptance? He was certainly aware of, and admired, Chaplin’s work. But Brecht’s liberal use of Chaplin’s material can be humoured, because, as the latter said, “In the end everything is a gag.” 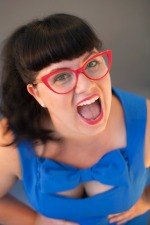 Kendall Savage hails from Montreal, Quebec and thrives among the circus folk. She has studied with Phillip Gaulier, Francine Cote and John Turner of Mump and Smoot. She is honoured and humbled to be learning the craft of Clowning from her mentor Mike Kennard, the other half of Mump and Smoot. Currently she is part of the MFA Theatre Practice program here at the University of Alberta.