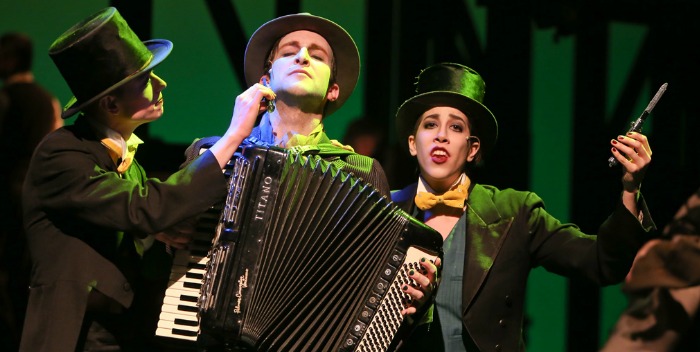 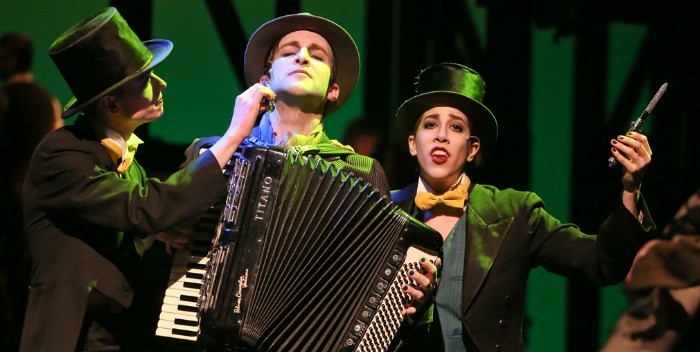 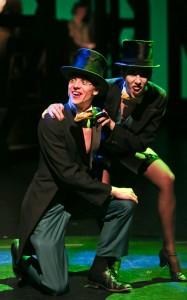 Natalie Davidson and Zvonimir Rac in The Threepenny Opera.

It may come as a surprise to many, but opera was a genre that was not always highly favoured by spectators in England, not even by the bourgeoisie.

All the elements and features of opera became overused and resulted in predictable, repetitive productions. As a consequence, the new genre of Ballad Opera was born. It consisted of exaggerated elements, characters turned to caricatures, spoken language alongside song, and eventually the inclusion of folk music instead of the heavily composed tunes that were the essence of traditional opera. This led to a dramatic decrease in the composition of new songs and scores, and music was borrowed from popular culture such as the English jig

The Beggar’s Opera (1728) written by John Gay and music adapted by John Pepusch, is one of the early examples of breaking all traditional operatic conventions. It was created as a spoof of Italian serious opera and a satire on the morality of contemporary politicians. The performance – with a similar story and cast of characters as The Threepenny Opera – established a genre full of contradictions. Songs did not match the lyrics, characters were placed on the threshold of stupidity and full of cultural/social deficiencies, and spectators were confronted with an absurd society, while being asked to see the references beyond the play, such as political figures and actions.

The Ballad Opera genre made its way to Germany eventually, and almost two centuries later, Brecht found The Beggar’s Opera to be the perfect anti-bourgeois mouthpiece he needed. The revolutionary nature of Ballad Opera perfectly suited Brecht’s theories on theatrical form, as well as his insistence on critical socio-political discourse. Brecht breathed new life into this genre, using the pre-existing structure and social commentary of the Ballad Opera and re-purposing it into a revolutionary theatrical experience. In this way, a pre-Brecht genre of performance, based completely on updating the tradition of Italian romantic operas, came back into the spotlight and became a prime example of Brecht’s theatre theory and the alienation effect.

Payam Saeedi is currently in his second year of the MA Drama program at University of Alberta. His research focus is on theatre and science, specifically the study of scientific metaphor in Michael Frayn’s “Copenhagen.” Alongside researching, he has been writing plays since the first days of his career in theatre. Payam is also one of the founders of “The Hole In The Wall” theatre company, which has been exploring diverse areas of performance since 2008.

Robert Wilson and The Threepenny Opera