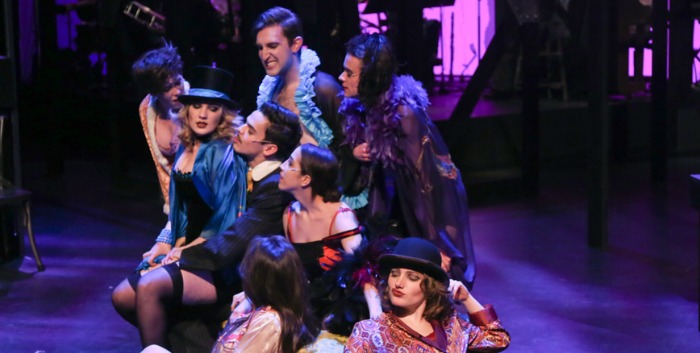 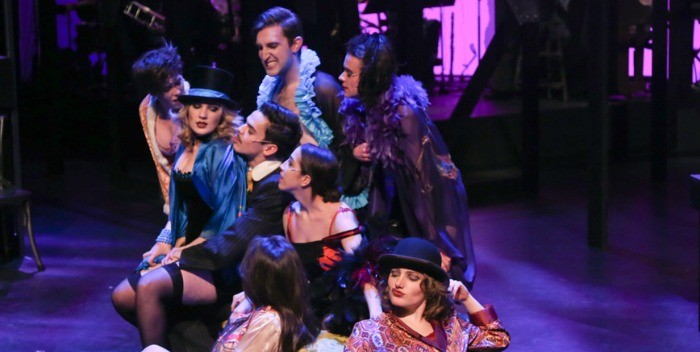 In The Threepenny Opera, we are introduced to the ringleader of a notorious gang, Macheath, or as he is more popularly known – Mack the Knife. Mack gets himself into trouble by marrying Polly Peachum, daughter of a bourgeois businessman. Polly’s parents are indignant that their daughter is bedding an infamous criminal, and seek to bring him to justice. 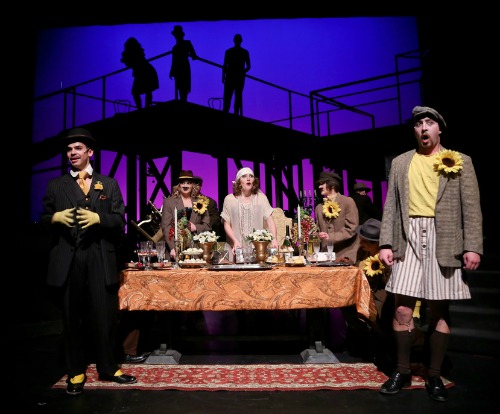 Hunter Cardinal as Macheath (left) and Kabriel Lilly as Polly his bride (centre) with the cast of The Threepenny Opera. Photo by Ed Ellis.

With jail on his tail, Mack says his goodbyes and promises to flee. His one weakness, however, leads to his downfall. Mack’s involvement with prostitutes is what ultimately brings him to his knees.

A long standing lover of Mack’s and a distinguished lady of the night, Jenny, is swayed by Mrs. Peachum, Polly’s mother, to inform her when Mack predictably arrives for his last hurrah. This scheme ensures his capture and guarantees her a tidy sum, giving Jenny one of the most important causes in Brecht’s morally depraved world.

Brecht was known to frequent such brothels and indulge in the sexual decadence that coloured Germany’s Weimar republic in the 1920’s. These Weimar prostitutes undoubtedly inspired Brecht to create such bold characters as Jenny; women who are more empowered than one would imagine. 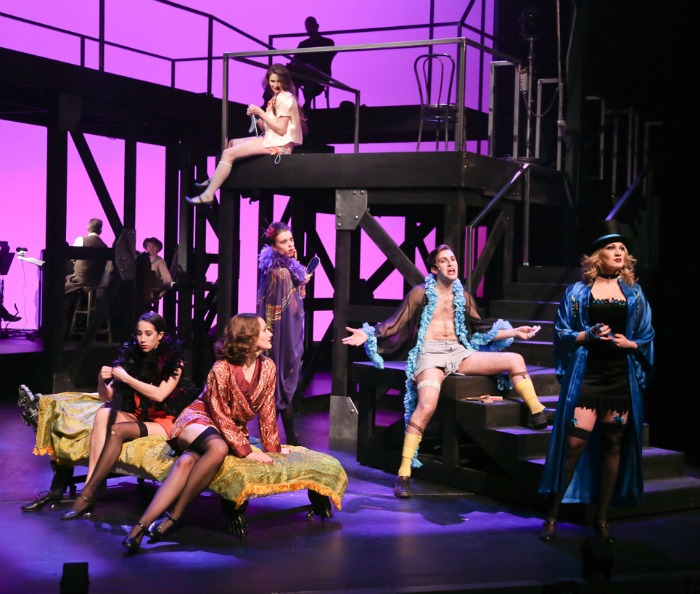 This gave the whore a cause: to make money, reclaim her body, and most importantly, survive. She possessed the power, paradoxically, to both affirm and subvert social structures and to thrive in a war infested country. When Hitler came to power, he attacked their flourishing profession as being one of the major causes that contributed to the downfall of German society.

With the power and survival skills these women had, it only seems fitting that the notorious Mack is brought down by one who knew she was his Achilles heel. 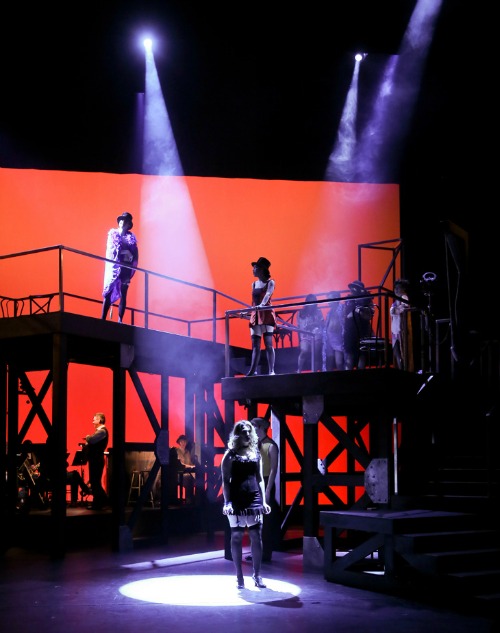 Nikki Hulowski as Jenny in The Threepenny Opera. Photo by Ed Ellis.

Lauren is a 2012 University of Lethbridge graduate of the Bachelor of Fine Arts in Performance program. She is currently in the MA Drama program at the University of Alberta. Lauren was born and bred in South Africa yet now calls Edmonton home. Her research interests are in the formation, disillusion and hybridity of identity in the plays of the late South African playwright Reza De Wet.

Artist in residence at Transplant Services