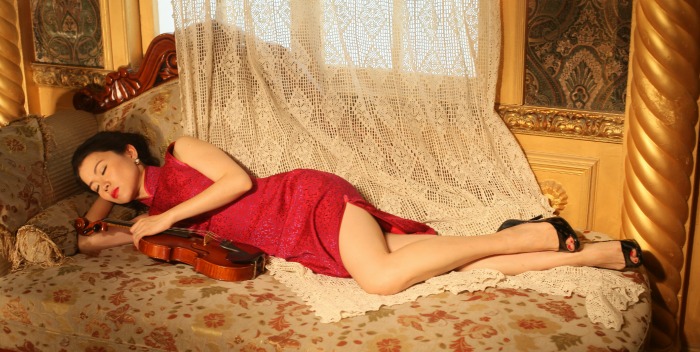 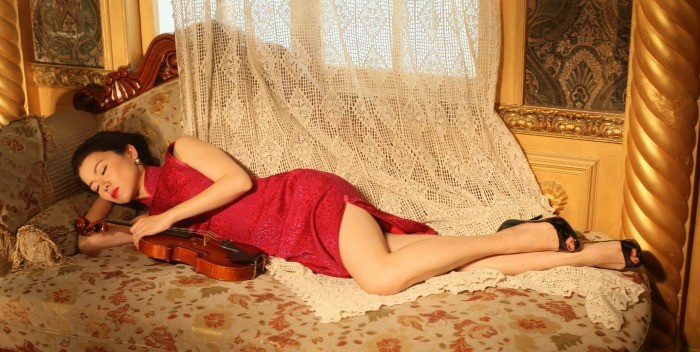 Q & A with UAlberta Music’s Artist in Residence

But she loves to teach as much as she loves to perform. That’s what drew her to the University of Alberta’s Artist in Residency post. “It gives me the opportunity to do both.”

I chatted with Yue Deng in advance to her mainstage concert aptly titled, From China to Canada, about her musical journey from Hebei, China, to our Convocation Hall in Edmonton. 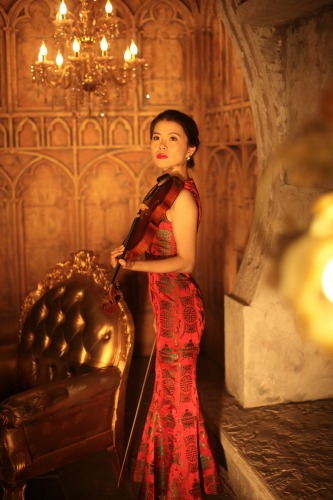 Q: You demonstrated superb talent as a violinist at a very young age, winning first prize in the National Violin Competition in China at the age of eight. Why did you start playing the violin as a child?

I was in the first generation of Chinese children born under the One Child Per Family policy. For the first time after the Cultural Revolution, parents had the resources and the time to provide good education for their child. For my parents, it was very important to them that I receive the best education possible and supporting music education was a part of that goal.

It still wasn’t all that accessible to study Western music. The first few months of learning the violin, I had to share a violin with another neighbour. The instrument went back and forth.

Q: Do you remember loving the violin right from the start?

Yes. I really loved it. After I won that competition when I was eight, there was a documentary made about me. It was long ago! But I watched it recently and I saw how I used to write about my violin. How it was my dear friend. It does whatever I want it to do. (laughs)

Q: You were accepted as a full scholarship student to attend the Central Conservatory of Music in Beijing at nine. Was it difficult to leave your parents when you were so young? Were you homesick?

At that time, each year they held auditions across the country and they only took six violinists per year. It was very vigourous training and extremely competitive. I was a boarding student from age nine on.

We had to sign up for our practice hours each day and each day during the time you signed up for, a teacher would spontaneously open your dormitory door to make sure you were practicing.

I remember being a child and wanting to do something else, something more fun than practicing. We developed these games with one hand so that you could still be working on your strings on the one hand and playing with a toy or a game or reading book with the other. I remember hearing the door open and throwing the book on the top of the bunk and starting to practice really hard. The silly stuff. (laughs)

We had classes in the morning and practice in the afternoons. There were orchestra rehearsals. No chamber music, just orchestra and private lessons. We had jury probably twice a semester.

Strangely, I didn’t get homesick. I really enjoyed being independent although I’m not sure I always got a lot of practicing done. My parents would take the train in to check on me and would discover I wasn’t getting it done. (laughs)

Q: What did your parents do for a living?

My mother was an electrician. My father worked for a construction company, in the transportation department.

Because of the Cultural Revolution – when they were teenagers – they read Mao’s poetry. So for them, to work in the factory and to work for the people, that was the most important thing. They gave up education to join the workforce. But when I was born, they realized education was the most important thing and really wished they had gone to college.

I think I am the first person in my whole extended family to receive post secondary education.

Q: Tell me about your time as an undergraduate at Oberlin Conservatory of Music?

I wanted to study there with Professor Taras Gabora. He is actually coming to the University of Alberta to give master classes here in a few weeks. He originally comes from Saskatchewan and he had an extremely successful teaching career with his students in all the major orchestras around the world.

I would say Oberlin was educational utopia. Not only can you get the best education there in the liberal arts, but the comeraderie amongst your peers was really eye opening to me. In China, I experienced competitiveness at a very young age.

Q: After pursuing your graduate studies at Juilliard, what drew you to the Artist in Residency post at the Unversity of Alberta’s Department of Music?

It was the colleagues that really attracted me here: Jacques Després, Guillaume Tardif, Patricia Tao and Marnie Giesbrecht – we have all performed concerts here together and they are very inspiring and world-class.

I also get to work with students which I find very engaging. I want to be a bridge between the community here and the university, so that we can develop a strong music student body. I also hope to draw more students here from China.

Q: What was one of your most memorable performances?

I always try to make every concert memorable, but there are two that stick out in my mind. Julie Andrews read my bio while introducing me at the Tribute Concert for John Williams and Ginny Mancini. I was asked to memorize that piece within 24 hours. And when I premiered my first composition at a concert in Carmel, California, I noticed Clint Eastwood in the audience. I was star struck!

Q & A with Twilla MacLeod