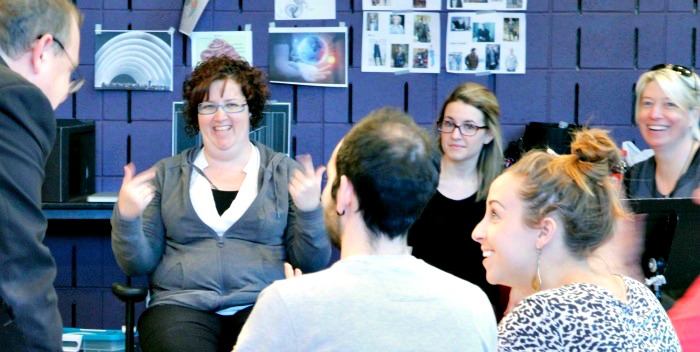 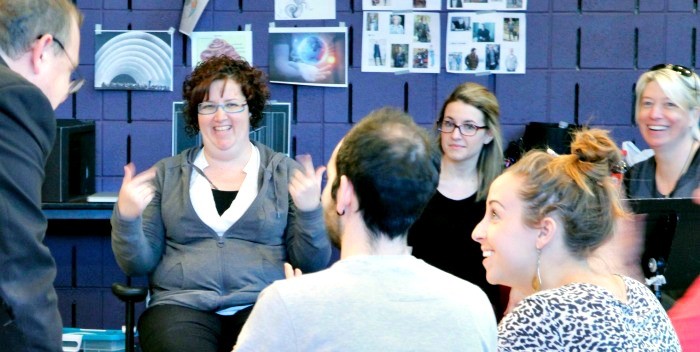 In the upcoming U of A Studio Theatre production of Tribes by Nina Raine, playing May 14 through 23 at the Timms Centre for the Arts, you will meet Billy, a young deaf man who was raised to read lips and speak rather than sign to communicate. As Tribes rehearsals progress, Connor Yuzwenko-Martin (’14 BA), an Edmonton-based Deaf actor playing Billy, takes us behind-the-scenes.

An eloquent writer for his own blog,My Chrysalis, Connor has graciously agreed to share some excerpts of his blog posts throughout the rehearsal process for Tribes right here on the Curious Arts blog. Here is the third in the series of Connor’s reflections.

A few weeks ago, we worked with Deaf filmmaker Lisa Hawkins to shoot a short video trailer for Tribes to be distributed as widely as possible. I am so excited for you to see it!

As we worked in FAB 2-43 on the video shoot, I realized it was in that same room, as an undergrad BA student almost six years ago, that I took my beginner drama course.

I remember having a general idea of what to expect in this introductory drama class. Part of the coursework was the mandatory attendance and review of the three Studio Theatre plays being produced at the Timms Centre during the fall term. Since it was mandatory coursework, the University of Alberta provided interpreters for those viewings just as they would for my lectures.

But when I wanted to attend the other three shows in winter term, I no longer had an academic credit-based reason to go. This started a long dialogue involving my personal advocacy, NICA Consolidated (Nicole Sander’s interpreting company), David Prestley (Theatre Administrator, Timms Centre) and the University of Alberta’s Student Success Centre Specialized Support and Disability Services.

Everyone sincerely wished interpreting services for these performances could be provided. The staff and interpreters through University of Alberta’s Student Success Centre Specialized Support and Disability Services were ready to provide services but could not obtain the budgetary approval and thus had their hands tied.

I want to be clear that I don’t believe this was due to any malignant ignorance. I speculate it had more to do with the budgetary crises that had just begun to boil over in the province of Alberta in 2010. In my opinion, those financial problems hit the University of Alberta disproportionately, and in my experience, this only made the accessibility and optional extra-curricular participation of one Deaf Arts student at U of A Studio Theatre seem like a smaller issue than usual.

David Prestley worked with the Faculty of Arts tirelessly to find the funding for proper interpreter accommodation, and it did happen for a while. I saw a few more plays in my first and second years as an undergraduate Arts student and I am grateful for those opportunities.

To this date, no stable funding solution has been solidified in order to make interpreter accommodation a permanent fixture of U of A Studio Theatre productions. Yet here we are — opening Tribes, a Deaf play at U of A Studio Theatre next week, with all the complex messages and political passageways that come with this type of undertaking. 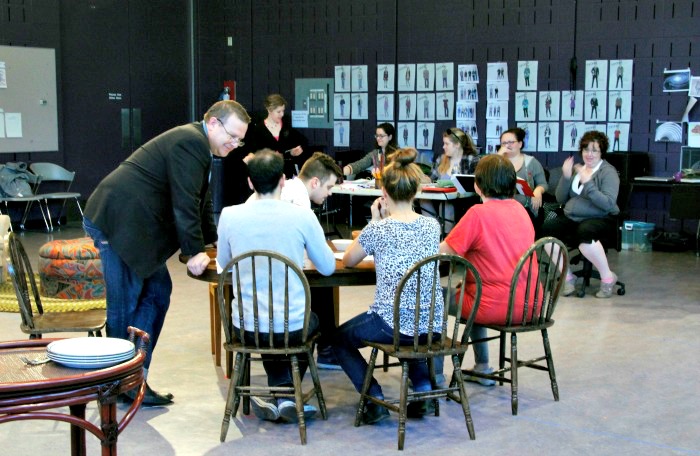 Rehearsals of Tribes at the U of A Studio Theatre, end of April 2015. Photo by TJ Jans.

How has Tribes been made possible? 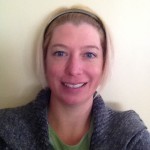 Professional sign language interpreter Nicole Sander and her team at NICA Consolidated have facilitated interpretation throughout the rehearsal process. Nicole has formed a small and immeasurably valuable coalition of interpreters who are willing to put in these hours with no guarantee of pay.

To ensure an accessible theatrical experience, NICA Consolidated has also generously volunteered to be a part of two ASL interpreted performances: Saturday, May 16 at 7:30 p.m. and Saturday, May 23 at 7:30 p.m.

“Nicole has gotten behind the project whole-heartedly and assembled a team of volunteers, and they are truly that. They have volunteered their services because they believe in the project and believe in what Amanda is doing,” says David Prestley. “It is our hope that sometime along the way we will be able to recognize NICA Consolidated formally with some kind of remuneration for their work, but at this point, they have undertaken the project as volunteers.”

Your support will go towards the additional production costs of ASL interpreters for Saturday, May 16 and Saturday, May 23 performances of the play at U of A Studio Theatre.

See the show page on the University of Alberta website for more information: http://uofa.ualberta.ca/events/tribes

The Art of Healing after Child-Loss