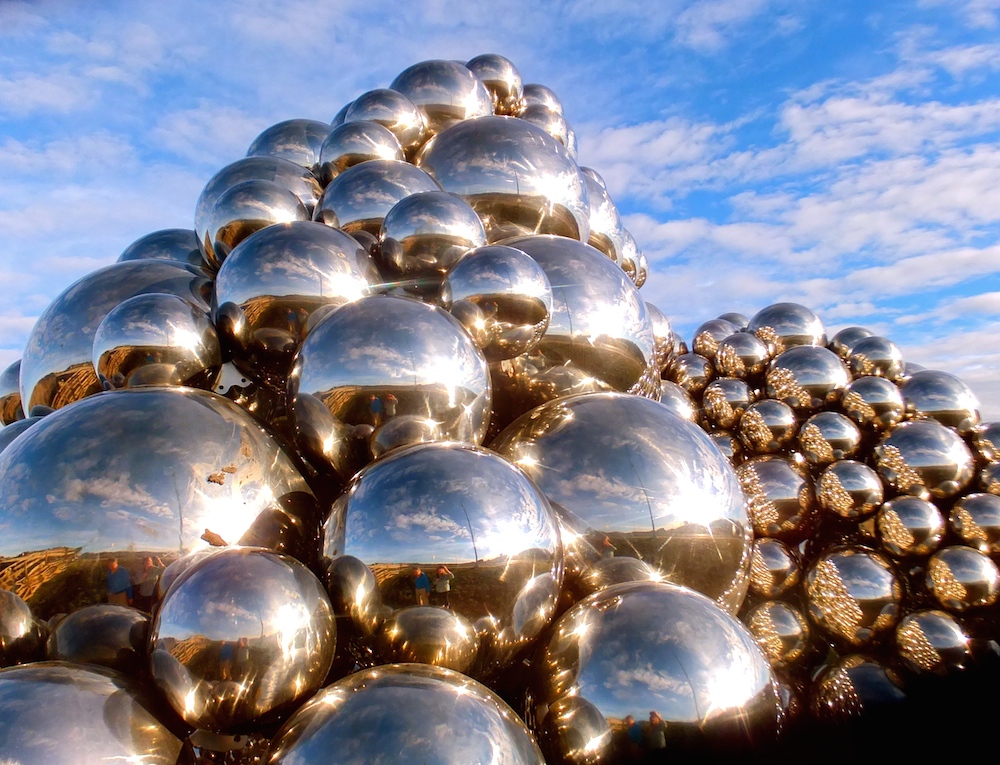 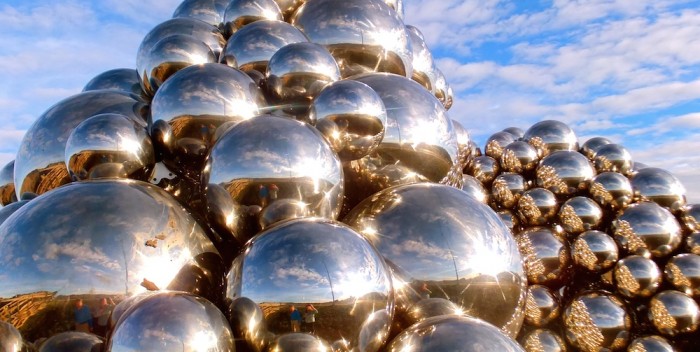 Public art is a cultural investment. Edmonton is a diverse, northern city that takes pride in its “get ’er done” mentality. At the same time, our city supports a thriving arts community. How do we reflect our complex identity? Public art is one way of telling our Edmonton story – and not just the one we tell ourselves, but the narrative we share with the world.

In 1991, the City of Edmonton adopted the Percent for Art policy (revised in 2007), which allocates “one percent (1%) of the qualifying construction budget of any accessible municipal project for the procurement of public art.” This policy has become standard practice in many municipalities throughout North America, with varying degrees of public support. The Edmonton Arts Council (EAC) administers the public art program on behalf of the City of Edmonton.

Aidan Rowe, Associate Professor in Design Studies, has served as both member and chair of the Public Art Committee, which oversees the policies and procedures governing the EAC’s procurement of art. As chair, Rowe was in charge of the selection committees. 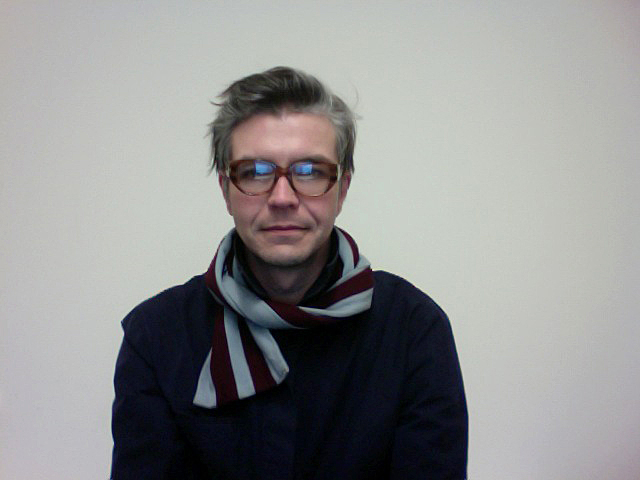 Rowe loves the Percent for Art program, but recognizes that not all Edmontonians share a belief that opening the public purse to fund art projects is money well spent. “A common criticism,” explains Rowe, “is that we should be putting the money toward homelessness or potholes. And while not belittling any of those needs, I think everybody can recognize the value of creating civic spaces that excite us — that increase the human value of us living here.”

This is especially true in Western Canada, where sprawl is the norm, winters are cold and most of us are segregated into our individual houses and cars. “We don’t have many opportunities for public engagement,” says Rowe. “I see huge value in improving our shared communal spaces.”

How exactly is that accomplished?

Typically, for each new project, a committee of seven is struck, consisting of three core constituencies: those involved with the project, such as the architect, engineer and/or city planner; representatives from the arts community; and those who live in the area — community members who arguably have the biggest stake, in the sense that they will live with the piece in the way that most of us will not.

Commissioning art that supports and balances artistic vision with public taste is difficult. Some art is inherently challenging, but differing perspectives make for robust conversation – as long as the conversation isn’t stifled. 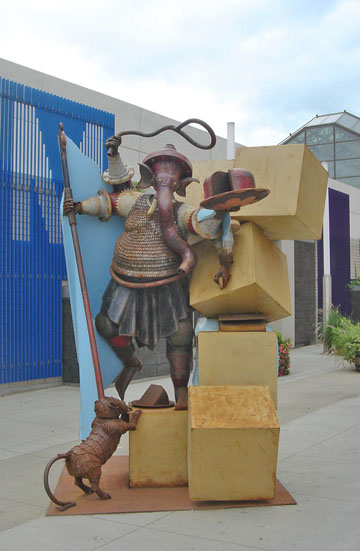 In 2007, Ryan McCourt (’97 BFA, ’99 MFA) had his Ganesha-inspired sculptures in front of the Shaw Conference Centre removed by then-Mayor Stephen Mandel after an official complaint from the local Hindu community. (According to McCourt, his research into the Hindu deities had shown that the sculptures, which some found offensive, were within the bounds of traditional representation.) It was a controversial move by the Mayor, and one that McCourt still views as censorship. “It is not the purpose of a city’s public art collection to placate special interests,” he says. “I want Edmonton to build the best civic art collection that we can get, never mind the politics, the religion, etc. of the artists making the work.”

Rowe believes the new policies and procedures implemented since 2007 will prevent similar incidents from occurring, citing the Grandin Station mural as an example of open dialogue solving a complex problem.

The 1989 mural by Sylvia Nadeau — intended to celebrate Alberta’s Francophone community – contained problematic imagery that evoked the troubled history of residential schools in Alberta. After several years of consultation with the Public Art Committee, Nadeau added new, culturally-sensitive panels and local Aboriginal artist Aaron Paquette was commissioned to paint a second mural, the Stations of Reconciliation, for the opposite wall.

“The easiest thing would have been to remove that mural,” says Rowe. “But the act of removal [as in Ryan’s case] creates a situation where no one is happy. The artist is offended, because his voice is shut down and he’s seen as being offensive or offending a group. Other members of the community aren’t happy because they might be represented as being close-minded. With Grandin Station, we had a collaborative process where, in the end, we have Aaron Paquette creating another mural that wrestles, rather than silences, those issues.”

Surely the most vilified piece of art in the city is the Talus Dome — a collection of silver balls located on the southeast on-ramp of the Quesnell Bridge. The name Talus derives from the broken rock debris at the bottom of a hill or mountain. The Talus Dome, therefore, mirrors our river valley literally and figuratively, and in spite of its unpopular location, it is where it should be – in the landscape — not in the middle of downtown as some might prefer.

The Talus Dome is the sculpture people love to hate. Not only does it have its own parody Twitter site, the most popular Halloween costume in Edmonton this year was by Michael Feehan (’13 BA), whose self-portraits in full T-ball attire went viral on social media. Clearly, people are engaged with this sculpture for better or for worse (the worse being actual vandalization). The Talus Dome has become emblematic of the subjectivity and inherent contentiousness of public art, but it is also identifiable by most Edmontonians. Good or bad, it’s a shared experience. It is a story about us. 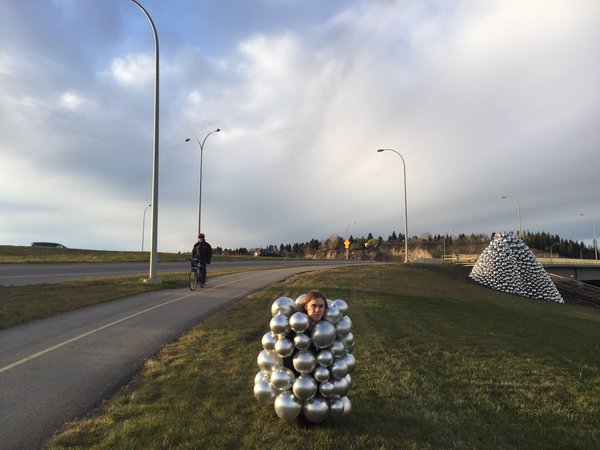 “I think it’s cool that that people feel so strongly about it,” says Feehan. “People get caught up in the aesthetic value of [the Talus Dome] as determining its worth as art, but I think the mere fact that it has spawned debate like this affirms that it is undeniably art.” 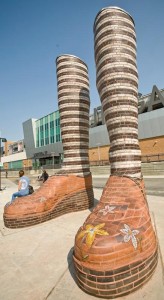 The City of Edmonton has a Public Art Master Plan that outlines the goals of the Percent for Art program, and one word that comes up repeatedly is engagement, which is arguably as important as the aesthetic value of the piece. The look-don’t-touch decree of a typical gallery space doesn’t apply here. To be able to physically interact with art – to touch it, to take photographs with it, can elevate a work of public art to iconic status, as in the disembodied brick and glass mosaic legs at the Southgate Transit Centre, or the recently installed Vaulted Willow at Borden Park — one of Edmonton’s most popular pieces of public art, which Rowe calls “gorgeous and weird.”

As participants in the EAC’s recent public art bus tour can attest, this city has a varied and robust public art scene, much of it created or sponsored by our own UAlberta Arts community. An overviewof new and upcoming public art projects shows that we are in the middle of a fascinating conversation with ourselves: a mix of voices, tastes and opinions, all vying for expression.

Investment in public art affords Edmontonians opportunities to encounter things that enrich, engage and occasionally, enrage. It’s an investment in our civic character.

Rowe is excited about the state of public art in Edmonton, but recognizes that it is ultimately a subjective affair. “I think it would be an incredibly boring world if I was just surrounded by the things that I loved,” he says. “We have works by amazing local artists but also from artists around the world. As someone who is involved in art, but also as someone who lives here, who raises his kids here, who is from Edmonton — that is inspiring.” 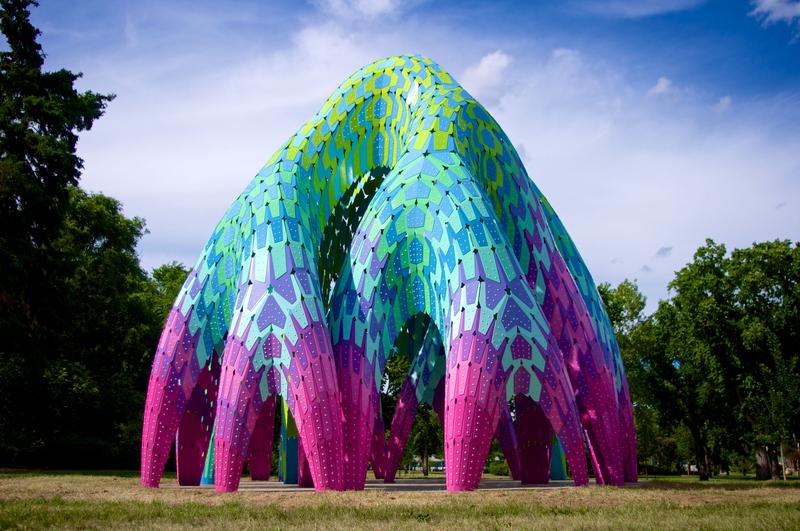 Outburst Art Auction: What you need to know