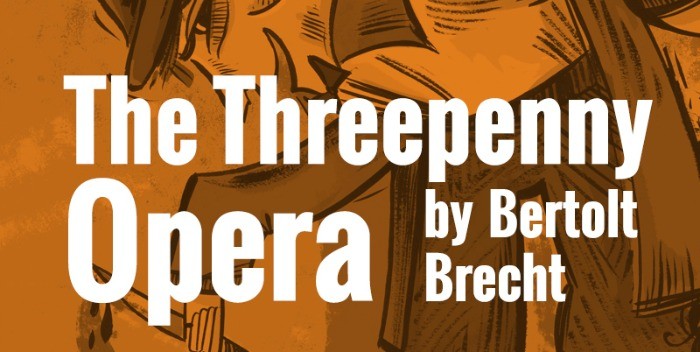 The Threepenny Opera is the most widely produced Brecht play to date. In 2011, it was presented by The Brooklyn Academy of Music featuring The Berliner Ensemble. Under the direction of Robert Wilson, the audience was offered a fresh perspective on the play through its Wilsonian mise-en-scène.

Even for those who have never seen a play by Robert Wilson, it is not at all hard to recognize his work through his stylized designs and performance method. The characters in this BAM production are dressed in all black, with white mask-like makeup. They appear to be two dimensional, flat silhouettes in a fabricated world, presented in a 3D space. When the neon-colored lighting are added on stage, the characters look like hyper-realistic figures. Combined with the performance method of Brechtian gestus and Wilsonian mechanical movements, the actors’ emphasize the physicalization of the internal emotions and express themselves through a unique theatricality.

In addition to the innovative design and acting, Wilson presents a contemporary interpretation of the play. The comedy from Brecht’s sharp dialogue is maintained, and he uses Lady Gaga’s music to evoke disparate laughter from the audience. Nearing the end of the play, when Mack snarls about the evil of the big enterprises and banks, his words echo the Occupy Wall Street protest in September 2011, which took place one month before the BAM production.

The production was well-received by the audience and opened up a new viewing experience differing from Brecht’s interpretation, while bringing important socio-political questions to the fore. While many say it is Kurt Weill’s music from the 1928 production that makes The Threepenny Opera memorable, even overshadowing Brecht’s poetry, Robert Wilson’s remarkable design concept, including the lighting and the soundscape he provides, seem to transcend both the original music and poetry. Wilson transforms this play into something entirely new and unseen. 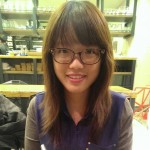 Chee-Hann recently graduated with a bachelor’s degree in literature from National Taiwan University and has done several theatre-related jobs, from being a volunteer at the box office to a director. She is currently a first year MA Drama student at the University of Alberta and her interests in research are intercultural theatre and performance.