After my first full year as Lee Playwright in Residence, I left Edmonton in early May 2015 and hitched a ride back to Toronto with Michael Kennard – who teaches Clown.

I knew that travelling with a clown would not be a million laughs because…well, you know, ‘…the tears of a clown’ and the clown Pagliaccio and his famous last line he sings in the opera after he stabs his lover to death,  “The comedy is finished!”, but in the end, when Michael and I weren’t talking about dead animals on the highway, broken hearts, devastating grief, how far the next Tim Horton’s was and what brand of gum stays fresh the longest, we had some really great laughs.

Once back in Toronto, I tried to write but concentrating was impossible because I knew I had to fly back to Edmonton in June for the Playwrights Forum at the Citadel Theatre.  Unless you have a true phobia, it may be difficult to understand the extreme panic that a phobia brings on. Just thinking of flying makes me sick with fear – I can’t concentrate on anything but thoughts of planes falling out of the sky.

That said, I still had to fly back to Edmonton to facilitate, along with Brian Dooley, for the 5th Playwrights Forum at the Citadel Theatre. It’s always an exciting and challenging experience as I am also required to bring a trembling and half formed play to the table, along with the six other playwrights.

In mid-July I flew back to Toronto swearing all the way it would be my last flight. I moved into a new condo in downtown Toronto then packed my suitcase, put Billie (my golden retriever) into the car and drove to Sambro, Nova Scotia, home of Catherine Banks, two time winner of the Governor General’s Literary Award for Drama and just about the finest friend a person could have. She had invited me to stay in her lovely home on the ocean and write. Catherine also has a dog, Dash, so we built a blue steel bin for the dogs to play in. 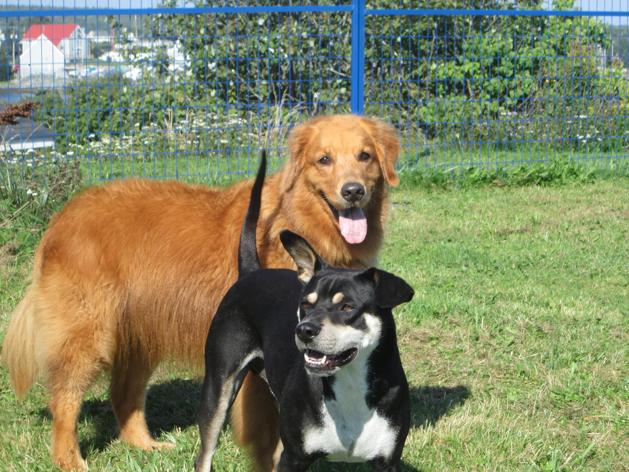 Dogs in the bin: Billie and Dash 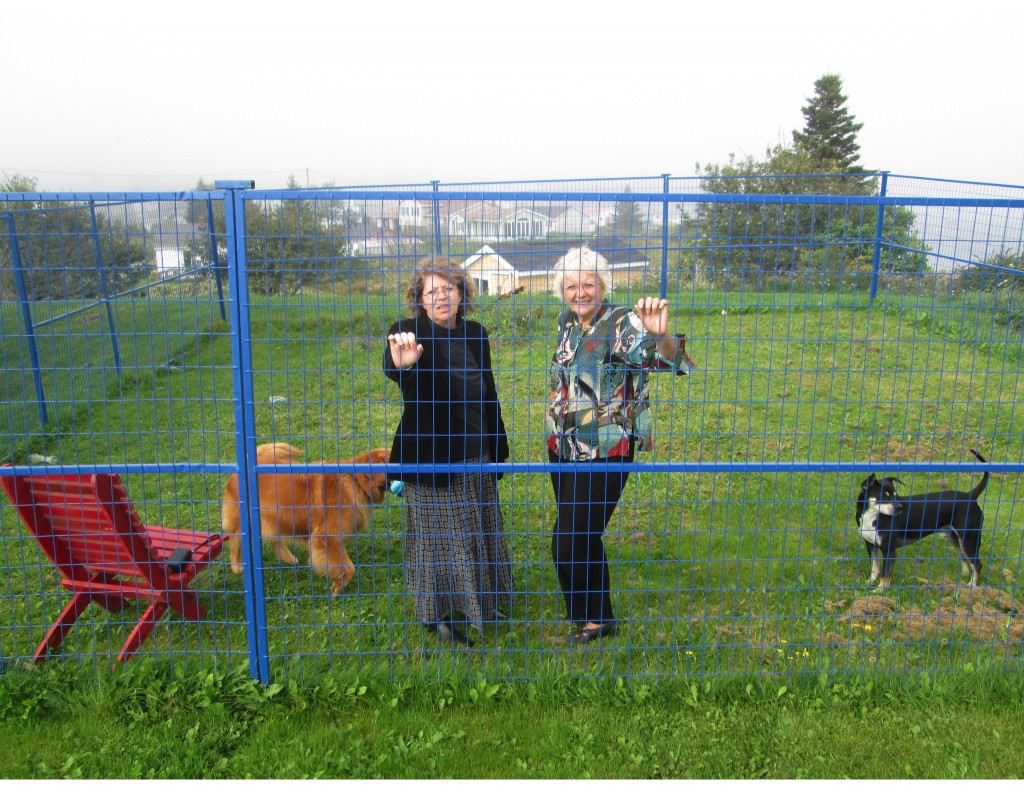 Playwrights in the bin: Colleen and Catherine 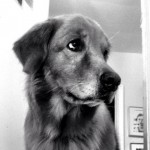 Billie with her heavy heart.

The time down east was very productive. Catherine is adapting Ernest Buckler’s novel The Mountain and the Valley for the stage, and I worked on my play The Breathing Hole… so it was with heavy hearts that Billie and I drove back to Toronto in October.

This coming week I travel by train to Montreal do a brief residency at the National Theatre School, as well as attend opening night of Pig Girl at Imago Theatre.

In April I return to Edmonton for a workshop of Bright Burning, the play I am writing for the 2017 graduating class of BFA drama students then continue on to Vancouver for a workshop of A Wilderness of Tigers, an adaption of Titus Andronicus for Rumble Theatre. In May I will drive to the east coast to work then drive back to Toronto…and in June, Brian Dooley and I will facilitate the 6th Playwrights Forum at the Citadel Theatre in Edmonton…then back to Toronto (this is starting to sound repetitive in the extreme)…finally, in late August, I hope to drive out to Edmonton to begin my final year as the Lee Playwright in Residence.

Wishing everyone a wildly productive and exciting 2016!

Blue Knox: why the Bard’s works live on