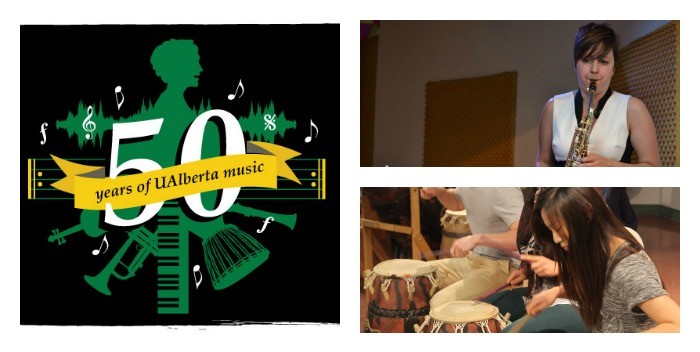 Usual program notes offer the audience insight into the lives of composer and composition. For the U of A Music’s 50th anniversary celebrations, Julia Byl took an ethnomusicologist’s approach, heading into the heart of our field of study to interview the people of the University of Alberta music department—students, faculty, alumni, supporters— to highlight them as much as the music they create. The following notes share the insights of our UAlberta music makers to bring the audience into their creative processes.

As you arrive at the Winspear, you will be ushered from the main foyer and into the concert hall by sound. These sounds exhibit the full range of musical activity at the University of Alberta, with strengths in experimental composition, world musical arts, and chamber ensembles for strings, winds and brass. Such diversity of musical life pays tribute to the sustained creative collaboration between our faculty, students from all over campus, and the greater musical community of Edmonton. 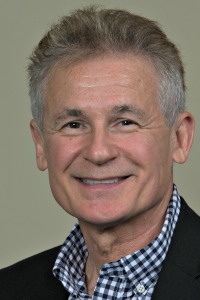 For conductor and department chair Bill Street, the fanfare that will lead you from foyer to concert hall sounds “stately, elegant and terrifically North American,” with notes of Aaron Copland’s brash mid-century statement of independence from European expectations. But though the fanfare brims with grandeur—the certain effect of brass ringing off a building— it is a locally-inspired confidence. The fanfare was commissioned by the Winspear and written by Alan Gilliland, one of Canada’s most prolific composers, with ties (as a student) to the University of Alberta’s composition program, and a career (as a composer) at MacEwan University.

“It is a call to come in, a welcoming”—to celebrate music at the University of Alberta, and within our larger civic circle. 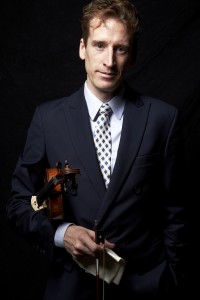 Turning students into professional musicians is a key part of violin professor Guillaume Tardif’s pedagogical philosophy, and for his students, playing the Bach double concerto is an “introduction to the quick pace of professional life.” Today, as in Bach’s time, string players must play their repertoire with precision and inspiration, at a few days of notice. Though composed near Leipzig, the elegant concerto is an example of Italianate music “de camera,” designed to charm gossiping guests and enliven elegant parties. Fitting that the Winspear foyer, then, is “as close as we get to the high-ceilinged Rococo palace.” (Turning, you, guest, into a cultivated donna or gentiluomo.)

“The community of saxophones in town often go busking at the Farmer’s Market in the summer,” says instructor Allison Balcetis.

When they do, “Ulla in Africa” guarantees an engaged audience. The piece conveys the strong impression that the Ghanaian popular music Highlife, an upbeat mix of horns, guitars and local rhythms, made on the composer and his wife (the Ulla of the title). The ensemble brings the genre’s community spirit to the fore. Even when uncircled by toe-tapping market shoppers, the quartet itself—made up of a U of A instructor, once the student of the music department’s chair, an undergraduate student, and two alumni—circles through the extended Edmonton saxophone community.

U of A Saxophone Quartet performed at the CBC Community Stage, Thurs. Jan. 21, 2016 to kick off the anniversary celebrations in downtown Edmonton. Photo by Salena Kitteringham.

At the beginning of auditions on the first day of the West African Music ensemble, students sat and listened nervously; by the end, they were smiling and dancing. The transformation is the key to the music department’s program in world music, offering graduate studies in ethnomusicology, the resources of the Canadian Centre for Ethnomusicology, and ensembles representing the music of the Middle East, West Africa and South Asia, joined by students university-wide and members of the wider Edmonton community.

In the academic portion of the class, instructor Robert Kpogo would describe “Gota” as a modern “creation and recreation” based on spirit practices of Benin, and now used for social purposes. If you are taken by the graceful verve of the dancing and wish to imitate it yourself, notice how the back foot lifts the body up, giving the movement added dynamism. World music at the University of Alberta plays a similar function.

The Experimental Improvisation Ensemble (XiMe) is a performing group of musicians and sound artists who explore new ways of composing sound. Founded by composer Mark Hannesson, it encourages composition students to create improvisational works in alternative musical modes. But once the collaborative performance begins, the leader—today, graduate student Mark Segger—becomes an equal. How could this work? “Throwing sounds back and forth,” “quick, fast moving statements;” most of all, the dictum that “the mistake is thinking that something is a mistake.” Of course, since this is improv, what you have just read may be rendered inaccurate by the split-second decisions of the performers. This is the point: the power to challenge the fixity of conventions like the paragraph, or the eight-bar phrase.