The Department of English & Film Studies (EFS) has a brand new Writer-in-Residence and he’s already shaking things up with some exciting new events this year.

Local author and activist Minister Faust dreamed up the concept for a series of literary salons called Authorpaloozas and he’s hoping to engage not just students, but everyone in the Edmonton writing community.

“I believe that when you are given an opportunity like this, you have a duty to help other people in return,” says Faust. “Call it paying it forward, or whatever cliché you like — either way it’s integral to a successful community.”

The First Authorpalooza hosted by EFS will be held on Friday, October 3, 2014 at 7 p.m. at the University of Alberta Humanities Centre – Lecture Hall 2, 116 St and 85 Ave, Edmonton.

It will feature four artists from different disciplines performing and discussing their work. The creative guests will share excerpts of their writing and participate in Q & A sessions on stage with Faust.

Admission is free and the event is open to the public. 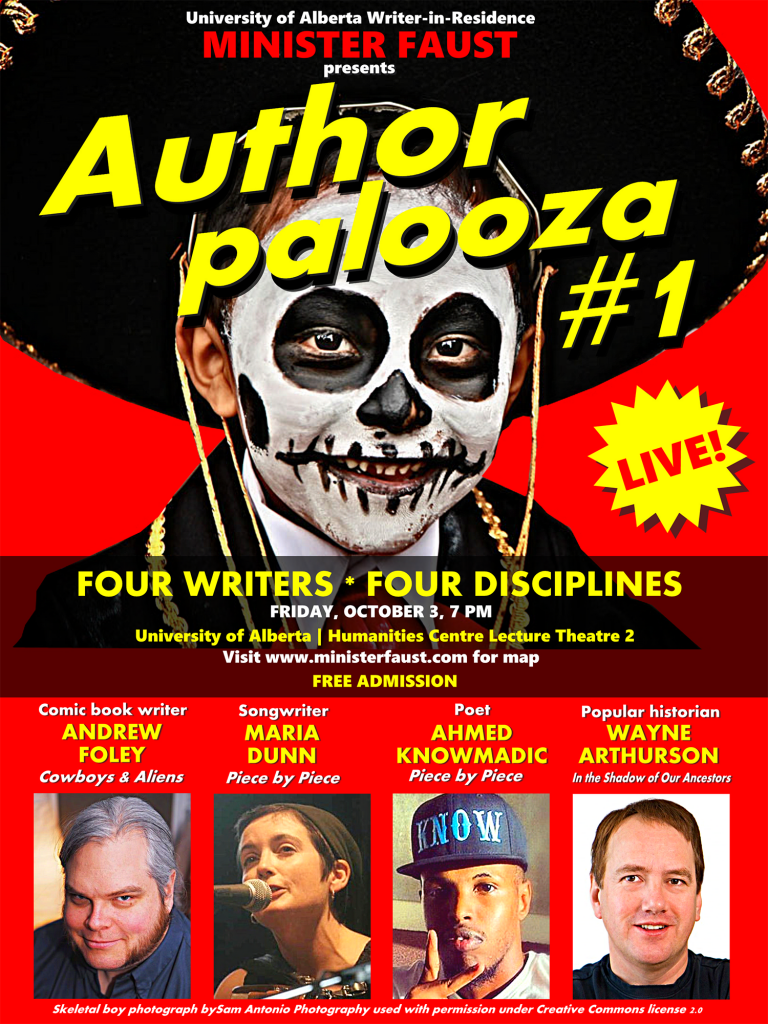 The Authorpalooza series will continue throughout the year and is expected to feature around sixteen Albertan writers in total from various disciplines – novelists, journalists, songwriters, poets, video game writers, etc.

“A lot of these writers are folks who are already doing well, or they’re not well known and deserve to be heard,” says Faust. “It’s a great platform for them and a learning opportunity for everyone else.”

Faust will also be vlogging and posting original interviews with acclaimed novelists like Robert J. Sawyer and comic legend/TV literary host Rick Green during his year in residence.

He’s even created his own hashtag – #UAWIR – where he’ll sharing tips and advice on things like narrative structure, character development and dialogue. 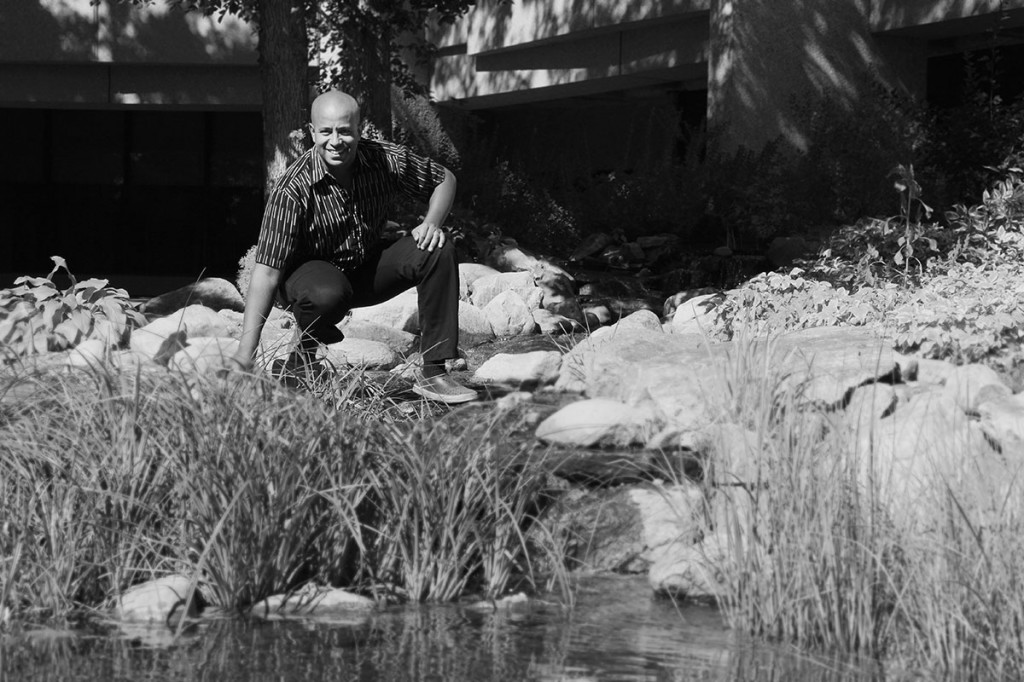 Faust has published several novels including the critically acclaimed The Alchemists of Kush, Shrinking The Heroes and The Coyote Kings