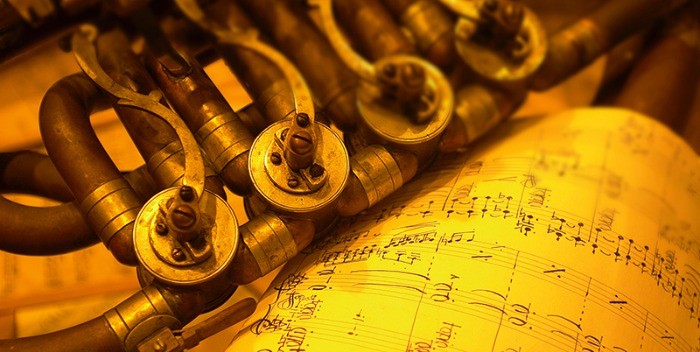 I caught up with Crystal Kegler and Kelsey Getzinger, both alums of the U of A’s High School Honour Band program and now current UAlberta music students, to find out what makes the Honour Band so much more than a big band rehearsal.

How did you hear about the Honour Band?

I first heard about the UAlberta High School honour band through a couple of friends who were a couple years older than me, and had previously attended the program. They talked about how much fun it was and the great musical challenges it provided, and I asked my band teacher about it that day!

What was your most memorable moment playing with the Honour Band?

It’s actually really hard to pick only one. You get so many new experiences in such a short amount of time. My favourite thing about it was definitely getting to be in a large group with similar interests to mine at a similar playing level. But if I had to pick one memorable moment, it would be the little good-bye speech that Dr. Schroeder gave at the end of the weekend in my first year playing there. It really made us all feel like we had done well, and that we should keep playing to have more moments of emotion through music like that one.

Did playing with the Honour Band factor into your decision to study music at the U of A?

Absolutely. I played in a lot of extra-curricular ensembles throughout high school, and had a lot of conductors as well. The fact that the Music department takes the time to put this on, and the genuine interest that Dr. Schroeder holds towards all of the students in the ensemble really makes it feel like you would matter in the department for post-secondary studies. Moving from a small rural school to a large institution like the U of A, the feeling that someone would have your back was very comforting.

Do you have any advice for high school students coming to campus to play as part of this year’s Honour Band?

Stretch! You’ll be doing lots of playing, more than you’re probably used to, and to keep your muscles from feeling sore at the end of it it is really important to stretch out your shoulders and neck during the breaks. Also, take your breaks. Don’t keep practicing or else you could end up wearing yourself out, especially brass players.

How did you hear about the Honour Band?

I heard about the University of Alberta Honour Band through my band teacher Mr. Saumer.

What was your most memorable moment playing with the Honour Band?

I remember showing up on the first day thinking to myself, “how can we possibly perform these pieces in two days?!” Each year I was amazed at the quality of the music we created after just three days of intense rehearsal.

Did playing with the Honour Band factor into your decision to study music at the U of A?

Playing with the Honour Band definitely swayed me towards studying music at the University of Alberta. I got a taste of what to expect from the music program and from the teachers, and it also familiarized me with the building, and with the people here. I made friends who are in my program now, and are still my friends to this day.

Do you have any advice for high school students coming to campus to play as part of this year’s Honour Band?

My advice to this year’s Honours Band members would be to meet as many people as you can, get to know your conductor and your sectional teacher, and to practice hard! You may surprise yourself by how much you can improve in just one weekend. Also, appreciate this amazing opportunity because it will be over before you know it!

Experience this year’s crop of budding high school band talent performing as the University of Alberta High School Honour Bands with the Symphonic Wind Ensemble and Concert Bad on Sunday, February 8 in the Winspear Centre at 3 p.m.