Alison Yanota is a theatre designer who believes in the performance space as a form of interactive sculpture.

A lot of her theatre design inspiration comes from installation art. It makes sense. Before she pursued technical theatre training at Mount Royal University and went on to complete her BFA in Theatre Design at the University of Alberta in 2015, Alison’s background was in the visual arts sphere. She’s most interested in the creation of theatre design from the ground up, whether it be sinking her design chops into new work or veering towards the performance art side of the live theatre spectrum.

Recent design credits include assistant lighting design for last season’s A Dream Play but the dream at hand that’s occupying Alison’s imagination right now is Shakespeare’s A Midsummer Night’s Dream. She’s designing sets, lights and costumes as her MFA thesis project and the show opens at U of A Studio Theatre next week (Feb. 4 – 13, 2016).

What was your concept and approach to designingA Midsummer Night’s Dream?

Director Marti Maraden and I both agreed that we didn’t want to create a high concept piece. We did discuss the idea of moving it out of time, stretching and warping it a bit. But we really wanted to keep the play’s integrity. We didn’t want to alter it to a point where you lose some of that. We wanted to keep it as pure as it could be.

Is there a particular time period that you’ve set the play?

Not in particular, no.

Shakespeare seemed to take everything he was interested in at the time and mashed it all together. You get a bit of ancient Greece, but you also have the fairy world, and the mechanicals — the country folk from the English countryside.

How did you approach costuming for the piece?

We used Regency fashions as a very early inspiration. Some of the reference material Marti provided me with was based a lot on Art Nouveau illustration, which was an idealized antiquity of previous eras. Regency was our starting point, and then we stretched it a bit. 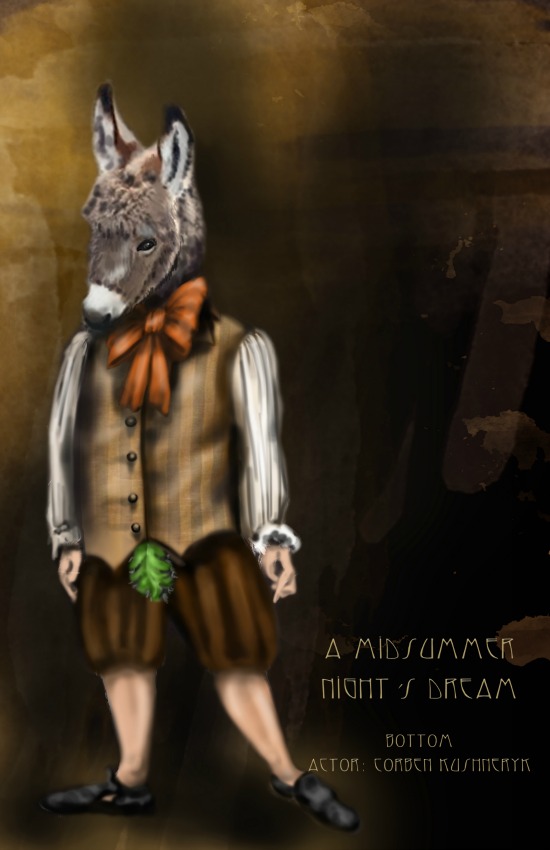 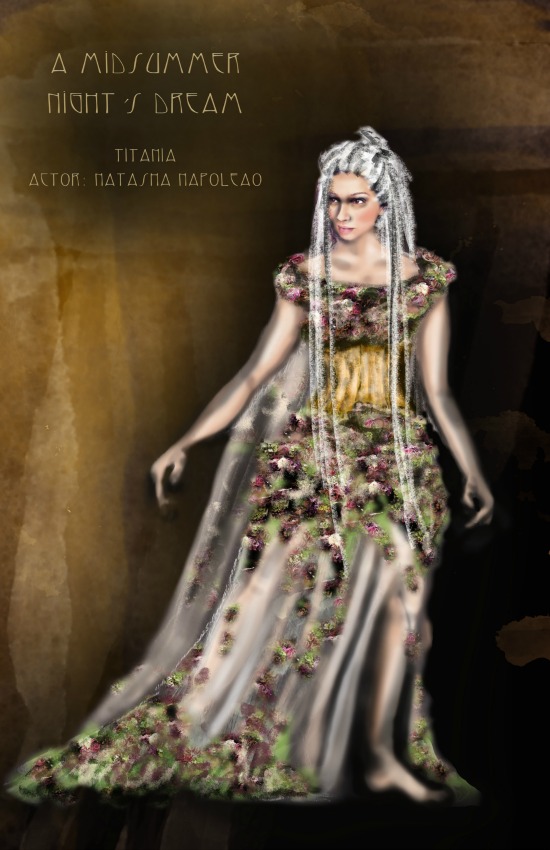 As a designer, how do you approach a play likeA Midsummer Night’s Dream?With a play that’s been done thousands upon thousands of times, how do you put your stamp on it?

I think I do have my own stamp but I don’t think I could accurately describe it. (laughs). This is my third time working on this play, but each time, in very different capacities. It’s a matter of not thinking about that too much, not sitting there wondering, ‘What has everyone done before?’

One of the aspects that makes the U of A’s theatre design program stand out from others is the fact that designers study in all three components of design: lighting, set and costume. For our your MFA thesis, you are tackling all three elements at the same time. What have been some of the challenges?

The biggest challenge has been time. There’s never enough of it.

The best aspect about working on all three elements is that you can have your whole vision be an overarching uniform thing.

The trickiest thing is balancing the meetings, discussions with the shop, keeping up with rehearsals, and finding time outside of that to take care of anything else that might come up. But it’s a great opportunity to really show who you are as a designer.

Marti has been incredibly generous working with me on the show, and it has been a very collaborative and trusting process.

What’s your next theatre design project?

I’ll be working with Punctuate Theatre as production designer for their upcoming production of This is War by Hannah Moscovitch.

To celebrate the 50th anniversary of the University of Alberta’s Department of Drama, the Curious Arts blog is sharing50 Reasons to Go See A Playthroughout the 2015-16 season. To experience the final visual presentation for Alison Yanota’s MFA in Theatre Design, that’s reason number 13 in our series.