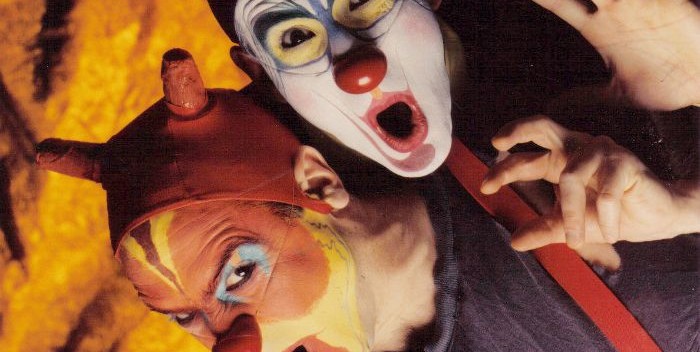 Canada’s ‘clowns of horror,’ U of A Drama prof Michael Kennard and John Turner, recognized for their latest work as Mump and Smoot

It’s been 28 years since Michael Kennard and John Turner created Mump and Smoot in one of Richard Pochinko’s celebrated clown workshops at the Theatre Resource Centre in Toronto. Last week, their newest Mump and Smoot Anything won the Canadian Comedy Award for Best Variety Act.

“It’s nice to know people are still aware of us,” laughs Kennard.

After nearly three decades of performances, Mump (Kennard) and Smoot (Turner) have become something of a Canadian theatre institution. The so-called ‘clowns of horror’ evolved over a period of time under multiple influences, but according to Kennard, the guiding principal is an original writer’s credo the two developed at an early stage of their creative partnership.

“When John and I got together we wrote this thing, so that we knew what our common beliefs were,” says Kennard. “The strongest one that came up was fear. We wanted to explore fear, and we wanted to create situations where the characters would face fear. It was really a conscience choice to do something that meant something to us.” 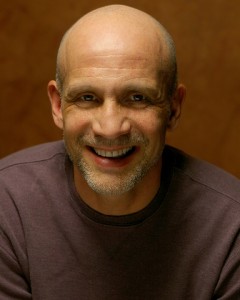 Mump and Smoot exist in the parallel universe of Ummo, worship a god named Ummo, and speak Ummonian, a type of gibberish that elicits laughs from the audience and is universally understandable, given the right inflections. It is physical comedy at its finest, and occasionally loopiest, with adults-only humour, a lot of improvisation, and significant audience participation.

Kennard says that each new show evolves slowly, requiring many hours of preparation.

“We do all the writing, we do all the rehearsing, we build all our props, we do everything like a normal show,” he says. “And then once we get in front of an audience we find out what works and what doesn’t work and we’ll tweak it. It’s not that we don’t have the show built before we go on stage, it’s just that the process doesn’t end there. It probably takes about 30 to 50 shows before it settles into what it’s supposed to be.”

According to Kennard, it’s the hour and a half on stage as Mump and Smoot that keeps both performers returning to the project year after year. “It’s probably 5% of the 100% of the work that’s involved,” he says. “Every time we get together to create a show we’re looking at where we’ve come from, and where we’re going to, and we use that as a springboard into the material. Mump and Smoot are this continual journey but they are different journeys. That doesn’t mean we don’t love teaching and doing all the other stuff, but that’s our favourite.”

Photo of Mump and Smoot courtesy of Gary Mulcahey