The University of Alberta’s Department of Drama welcomed Marti Maraden, one of Canada’s most sought-after directors, as guest director for A Midsummer Night’s Dream, on now at the Timms Centre until February 13, 2016. I had the pleasure to sit down with Marti during her rehearsal period at the U of A. Here are her tips and advice for emerging Canadian theatre artists when it comes to training, mentorship and the most pressing industry issues.

From your experience, what should aspiring actors look for when selecting a post secondary university program?

As an undergrad, I studied two years at the University of Minnesota and another two years at Michigan State University. It was the teachers, the leading lights of their day, that made all the difference in my training. I had great professors and many opportunities to practice my craft.

Even as a freshman, I did three full productions on their mainstage. I got to practice my craft. I think actors learn by doing. The fact that those programs were capable of doing major productions, fully designed and everything, that was key to my success.

Also, the Guthrie Theater had just opened in Minneapolis, so I was able to go and see plays too. I didn’t stay long enough in Minnesota to apply for a McKnight Fellowship but there was a deep connection between that incredible theatre company and the university.

Michigan State had a performing arts company which my husband as a graduate student was a part of and by some fluke I was allowed to enter that program as a senior undergraduate. The wonderful professor, Dr. Sidney Berger, wanted me to play Juliet. I said I couldn’t because I needed to work a part time job to pay our rent. (laughs) He said: ‘we’ll fix that.’

Like any profession, a lot of learning happens on the job in the theatre industry. Can you share a few professional “a-ha!” moments?

Marti Maraden. Supplied by the artist.

I think one of the great things about this generous, collaborative profession is the great people you meet and work with. You learn from them. That has been the biggest part of my education, having the opportunities to work with great artists.

Once I went to Stratford in 1974, and just look who I got to act on stage with! Martha Henry. Bill Hutt. Douglas Rain. Maggie Smith. Brian Bedford. Just to name a handful. And I was directed by phenomenal directors like Robin Phillips and many others.

I was able to observe. That is the thing that any young artist has to do. They have to say: “Here I am. I am observing and I am learning.”

It is a very subjective profession. We don’t all like or appreciate the same things. But you can observe what others do if you are a young actor. You have to watch these phenomenal actors around you and hear the words of these great directors and you absorb that.

How did you make the transition from actor to director and then on to artistic director?

I never studied to be a director. It was through a wonderful mentorship Nicholas Pennell, who was the leading actor at Stratford at that time. He simply took me under his wing and got me traveling during the off-season. We even went to Venezuela and Bermuda, all over the United States and Canada, teaching during the day and performing a little piece we did together at night. He insisted that I could learn to teach.

Through teaching, I fell in love with directing. I also benefitted from the mentorship of Eric Steiner and Christopher Newton who gave me the opportunities to co-direct.

Directing is also about observation. Looking. Listening. And reading. The great thing about directing is that you are virtually always going back to school. Every play I do, I have to learn about the specifics of that culture.

It is constant learning. Everything is a step along the way. You may always be an actor. Or a stage manager. A designer. A director. But there is also a kind of fluidity. I never would have dreamed I would be an artistic director when I was a young actor but one thing led to another. I got to become the person that was not only telling the story of a play as a director, but telling the story of an institution.

From your perspective what are the most pressing challenges for Canadian theatre?

Definitely diversity. There are many fine companies, whether it is Neworld Theatre, fu-Gen Theatre or Native Earth Performing Arts and Red Sky — I love to stay in touch with these companies and see their work.

The diversity of our culture should be reflected on our stages. That is happening more and more. Even in the 1970s, some leading actors at Stratford came from diverse backgrounds but we are now seeing more people from all different communities in theatre. It is a bit like watching our new government and seeing all those faces.

But the other thing I would reflect on from that new government is the 50% female cabinet. Women. There have always been strong voices amongst women in theatre. There always has been. But we are still underrepresented in leadership among the major theatre institutions. A lot of regional theatres have been run by women, and smaller independent companies with smaller budgets and it has been some time 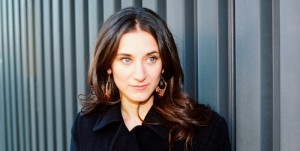 since I’ve checked the data, but when I gave a speech at a conference about women in theatre, we had taken a step up from the 1970s and ‘80s in terms of the representation of women, it was more around the 30% mark, but it is still not even close to 50%.

I am so glad to see the work of Hannah Moscovitch is coming up next on the U of A Studio Theatre stage (The Kaufman Kabaret, March 24 – April 2, 2016). She is remarkable. She is a great Canadian theatre voice. To experience her work on stage, to see her representations of women, that is a great thing.

Marti Maraden’s impact on the national theatre scene is immense, with acting and directing credits of distinction at the Stratford Festival (18 seasons) and at the Shaw Festival (seven seasons), as artistic director of the National Arts Centre English Theatre in Ottawa (1997-2005), and as one of the initiators of the Magnetic North Theatre Festival.

Presenter: U of A Studio Theatre
Event Title:A Midsummer Night’s Dream by William Shakespeare
Dates: Nightly at 7:30 p.m. until Feb. 13, 2016 (No show on Sunday, Feb. 7)
Matinee Thursday, Feb. 11  at 12:30 p.m.
Venue: Timms Centre for the Arts, University of Alberta
Single show tickets: $12 student, $25 adult, $22 senior, available online now at TIX on the Square and at the Timms Centre box office one hour before each performance.