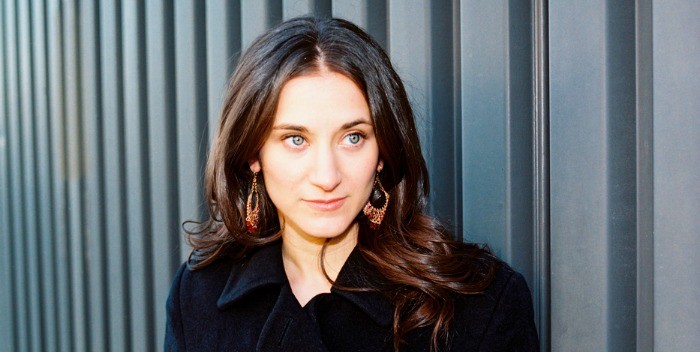 New play borne of the history of birth control in Canada

Canadian playwright Hannah Moscovitch has been commissioned to create a brand new play for the University of Alberta’s BFA class of 2016. Studio Theatre patrons will be the first audiences to witness The Kaufman Kabaret (March 24 – April 2, 2016). The Curious Arts blog is thrilled to have Hannah introduce The Kaufman Kabaret with a guest post!

A few years ago I got curious about the early days of the birth control movement in Canada. In the 1920s and 1930s, celebrated feminist activists in Britain and in the States spearheaded birth control campaigns aimed at legalizing birth control. I wanted to know if a parallel movement existed in Canada. I started digging writing from that era. And I learned that Canada’s birth control movement had an unlikely champion: a cautious bourgeois businessman who owned a rubber processing plant in Kitchener, Ontario. His name was Alvin Ratz Kaufman.

Kaufman very successfully distributed illegal birth control through his organization, the Parent’s Information Bureau, in the 1930s to poor and working class women across Canada who were desperate for his help. The Great Depression was impoverishing huge numbers of Canadians at the time. Women had no access to birth control and large families increased the misery of those already destitute. During this time, Kaufman refined contemporary methods of disseminating birth control devices based on a business-inspired model. He massively increased the number of women he could reach. And when one of his staff members was arrested for distributing condoms door-to-door in Eastview, Ontario, he leveraged his wealth and influence to defend her at trial.

But A.R. Kaufman’s career as a birth control advocate is controversial. His reason for wanting women access birth control has a dark side. The play I’m writing about Kaufman deals with the mixed motives that propelled Kaufman to the vanguard of the Canadian birth control movement, and asks the question: do motives matter more than results? 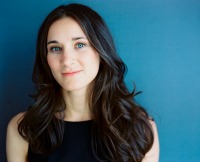 Hannah’s writing for the stage includes East of Berlin, The Russian Play, Little One, This is War, Infinity and What a Young Wife Ought to Know. Her plays have been produced across the country as well as in the United States, Britain, Japan and Australia.   Hannah’s work has won multiple Dora Awards as well as the Trillium Book Award, the Toronto Critics Award for Best Canadian Play, and both the SummerWorks Performance Festival Prize for Production and the SummerWorks Award for New Performance Text. She’s been nominated for the Governor General’s Award, the Siminovitch Prize and the international Susan Smith Blackburn Prize.

Hannah is writing a combination of TV, opera, theatre, and film projects, including commissions with the Stratford and Shaw Theatre Festivals. She is a playwright-in-residence at Tarragon Theatre in Toronto.

The final two plays in the Studio Theatre season are both world premieres: The Kaufman Kabaret by Hannah Moscovitch, directed by Kathleen Weiss (March 24 – April 2, 2016) and Or The Whale, an adaptation of Herman Melville’s Moby Dick, by Chris Bullough with Michael Peng and wishbone theatre (May 12 – 21, 2016). Or The Whale is Chris Bullough’s MFA directing thesis project.

The 2015-16 season subscriptions ($55 student, $80 senior, $100 adult) are on sale now. All performances take place at the Timms Centre for the Arts (87 Avenue & 112 Street) on the University of Alberta North campus in Edmonton. See www.ualberta.ca/artshows for subscription, flex pass and single ticket purchase details. The Studio Theatre box office phone number is 780-492-2495.

The Body in Question(s) ²