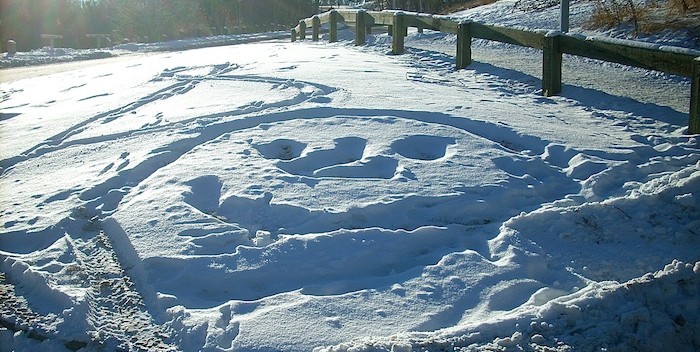 Even as we kick off festival season, that other season is never far from our minds. Winter is coming, and UAlberta English students have created a promo video for Jason Lee Norman’s 40 Below Volume 2: Alberta’s Winter Anthology.

One thing all Albertans share is an intimate knowledge of winter. While some may gripe, others take their inspiration from the snow-flecked days and long nights of our most dominate season, writing the poems and stories that Jason Lee Norman (’06 BA) has once again collected in his anthology of sub-zero musings. Set to publish in November 2015, 40 Below Volume 2: Alberta’s Winter Anthology is expanding on its original theme of winter in Edmonton, and now encompasses the entire province of Alberta.

This year, the anthology is supported by a promotional trailer created by the English 121 class. The “Literature in Historical Perspectives” course, taught by Nicholas Van Orden (PhD candidate, English), is unusual in that it focuses on Edmonton’s ‘here and now’ history.

Split into nine groups, the students worked on “a whole range of fascinating projects,” says Van Orden, incorporating the arts, digital humanities and the community. As the course focuses on Edmonton-based texts, the stories, essays and poems in the first volume of 40 Below: Edmonton’s Winter Anthology were used as a kind of ‘textbook’ for the course, and last November, Van Orden approached Jason Lee Norman, then Writer in Residence at the Edmonton Public Library, to see if he would be interested in collaborating on one of their group projects.

The idea for the promotional trailer for 40 Below Volume 2: Alberta’s Winter Anthology was born, and English 121 students Carl Castello, Megan Funke, Jarred McKay and Jake Salpeter created the video and audio clips, music, and informational materials included in the trailer.

Previous articleWorks Festival of Art and Design 2015Next article