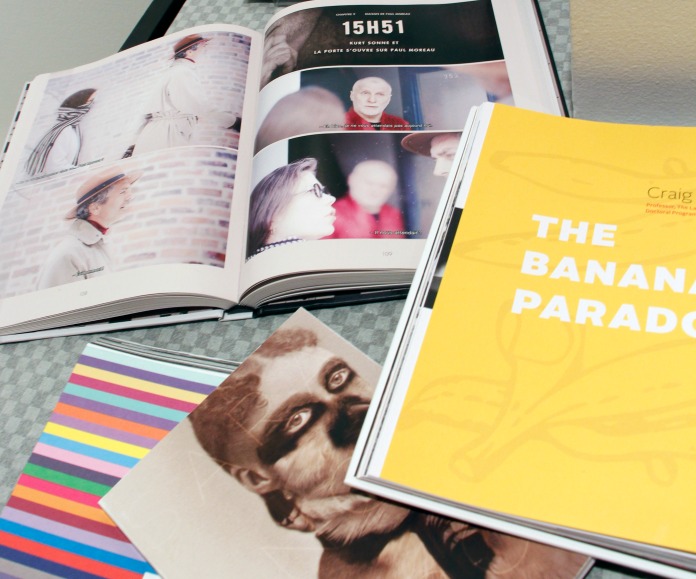 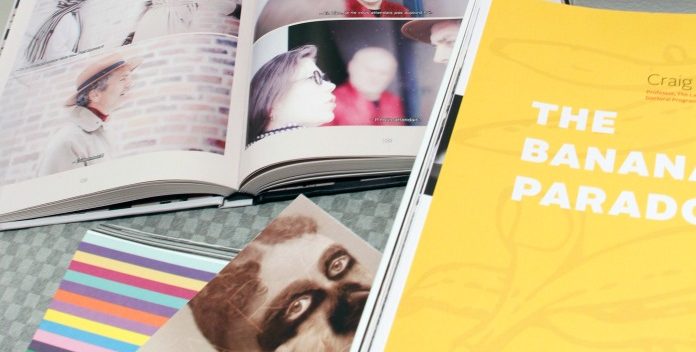 When the e-book revolution began, there were dire predictions about the book industry, most heralding the imminent death of the printed book. Now, a decade on, the printed book has not only survived, it is thriving, and the reason may have everything to do with design.

While e-book sales have stagnated, print books continue to be in high demand, in part because the traditional paper format is familiar, but also because readers recognize and appreciate books as material objects that are visual, tactile and in many cases, works of art – as illustrated by the 34thAlcuin Society Awards for Excellence in Book Design in Canada exhibit currently on display in the FAB Gallery. 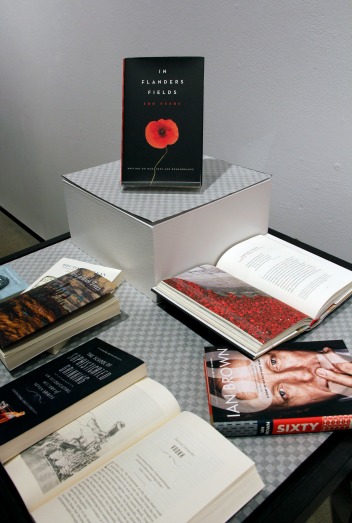 Sue Colberg, associate professor of design studies and curator of the exhibit, attributes the endurance of the printed book to great design, and the 43 award-winning books chosen by the Alcuin Society (out of 230 submissions from 98 publishers) represent the highest achievement in this field.

“I’ve noticed that of the books that are produced, in particular those sent in for the competition, [publishers] are putting a lot more behind a few in terms of very high production values and attention to detail,” says Colberg. “There’s some beautiful stuff here!”

The Alcuin Society jury considered books (published in 2015) in eight categories: Children’s, Limited Editions, Pictorial, Poetry, Prose Fiction, Prose Non-fiction, Prose Non-fiction Illustrated and Reference. Once the selection was made, the books competed in both the Leipzig and Frankfurt international book fairs before moving on to the Canadian consulate in Tokyo and finally, back to Canada.

Good book design must meet or exceed the expectations of multiple audiences, and according to Colberg, this means asking and resolving a lot of questions. “Know the field and where the book will be placed,” she says. “Sometimes it’s wise to go with the visual language of that field and have it look like it’s visually connected to that genre. Other times, it might be better to do something visually quite different that will stand out as apart or unusual. And of course, publisher and author expectations. Becoming familiar with the text to get the flavour of the writing, the tone. Is it very simple, straightforward, clear kind of expression or is it very poetic and lyrical? All these things give the designer a sense of what kind of imagery might be used, the colour palette and what typefaces might be selected.”

Children’s books are always the most popular category in the annual exhibit, says Colberg, singling out the first prize winner, Dasha Tolstikova’s A Year Without Mom (Groundwood Books, Michael Solomon, designer) for its “really nice treatment, integration and pacing of type and illustration.” 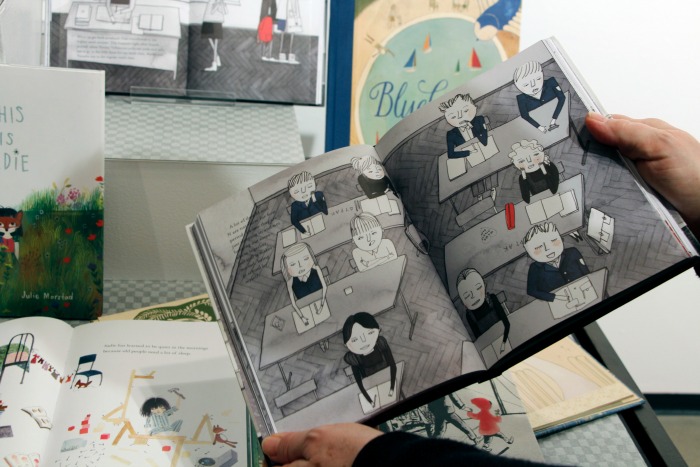 Colberg points to designer Andrew Steeves’ work as another standout in the categories of Poetry, Prose Fiction and Prose Non-Fiction. As co-founder of Gaspereau Press, Steeves creates books of “elegant design”, such as the beautifully realized Brief Reincarnation of a Girl, I Am What I Am Because You Are What You Are and German Mills: a Novel Pertaining to the Life and Times of William Berczy. “The letterpress polymer plates are pushed into the paper — a fluffier hand-made paper which leaves a kind of impression embossment,” says Colberg. “There are always a number of Gaspereau Press titles in the mix.” 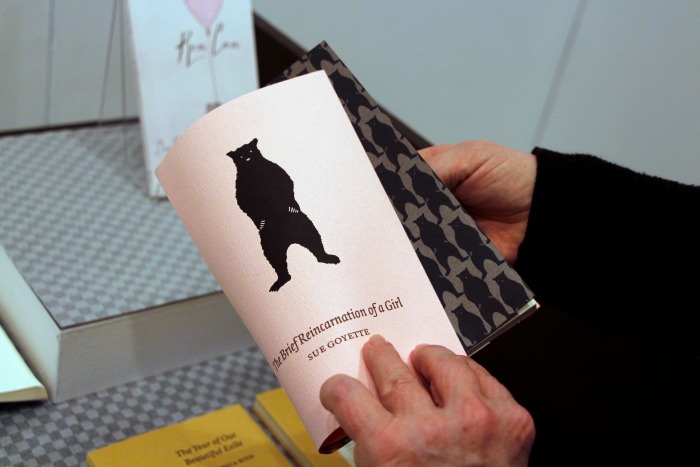 One of Colberg’s former students, Natalie Olsen (’08 BDes), received three honourable mentions for A Revision of Forward, We Can’t Ever Do This Again and The Swallows Uncaged. “Even as an undergrad student, I could tell Natalie had a sensitivity to type,” says Colberg. “And she’s a self-confessed book nerd so I thought: hmm, that’s a combination of attributes that bodes well to becoming a good book designer!”

Colberg herself is a multiple Alcuin Society book design award winner and jury member. In March 2017 she will resume her role as a juror, reviewing the latest crop of beautifully designed books published in 2016. 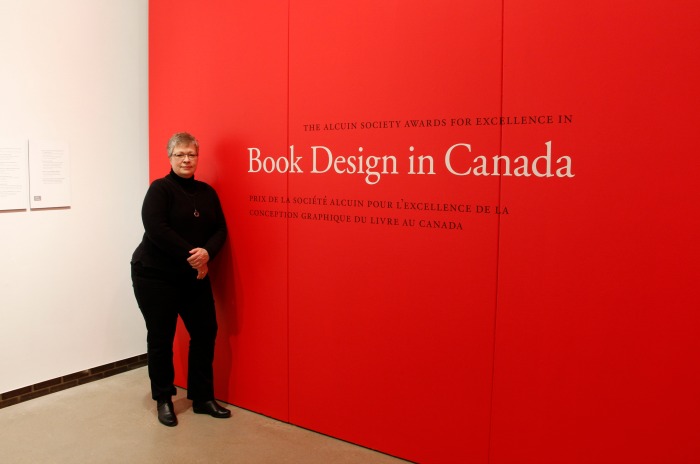 Read more about the Alcuin Society exhibit (from 2015) here