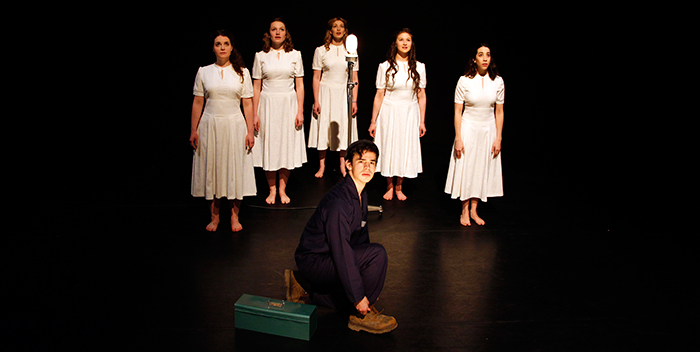 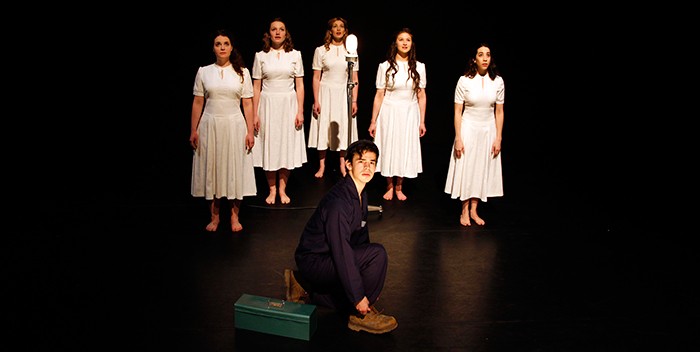 Directed by Victor Castegren and designed by Carl Grabow, the play premiered at Svenska Teatern (The Swedish Theatre). The staging was very literal, and the acting wavered between Naturalist and Symbolist styles, confusing the audience. Strindberg’s ex-wife, Harriet Bosse (pictured here), played Agnes.

The German premiere, directed by Rudolf Bernauer, was a highly Expressionist, fairy tale-like drama, hugely influential on all future productions. Designer Sven Gade used hues of blue to create the feeling of an open, starry sky. Several images blurred and blended into each other, making the characters seem like apparitions.

Antonin Artaud directed a Surrealist-inspired version in Paris, which was performed on a bare stage and used props to animate the dream world. It was a noisy fiasco, with the audience yelling insults at the stage, and a riot broke out after Artaud began to shout profanities at the audience.

Directed by Olof Molander, the Swedish Dramaten production became the standard for a ‘good’ interpretation of A Dream Play. It was hyperrealistic, minimalist, and poetic.

Performed at Dramaten, Swedish director Ingmar Bergman radically re-imagined the play,retitling it The Dreamplay and clearly casting the character of the Writer as the play’s central dreamer. The staging was stark and contained, and the part of Agnes was played by two actors simultaneously.Bergman also directed it in 1977 and 1986 (pictured here.)

Directed by Robert Lepage at Dramaten, the entire action was confined to a claustrophobic,three sided cube suspended above water, and it used several projections and lighting changes to create the dream. 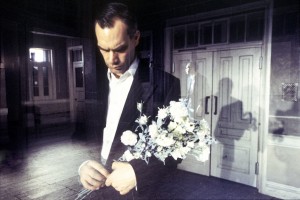 Katie Mitchell’s production for the National Theatre in London combined Caryl Churchill’s adaptation of Strindberg with stagings of the actors’ personal dreams. 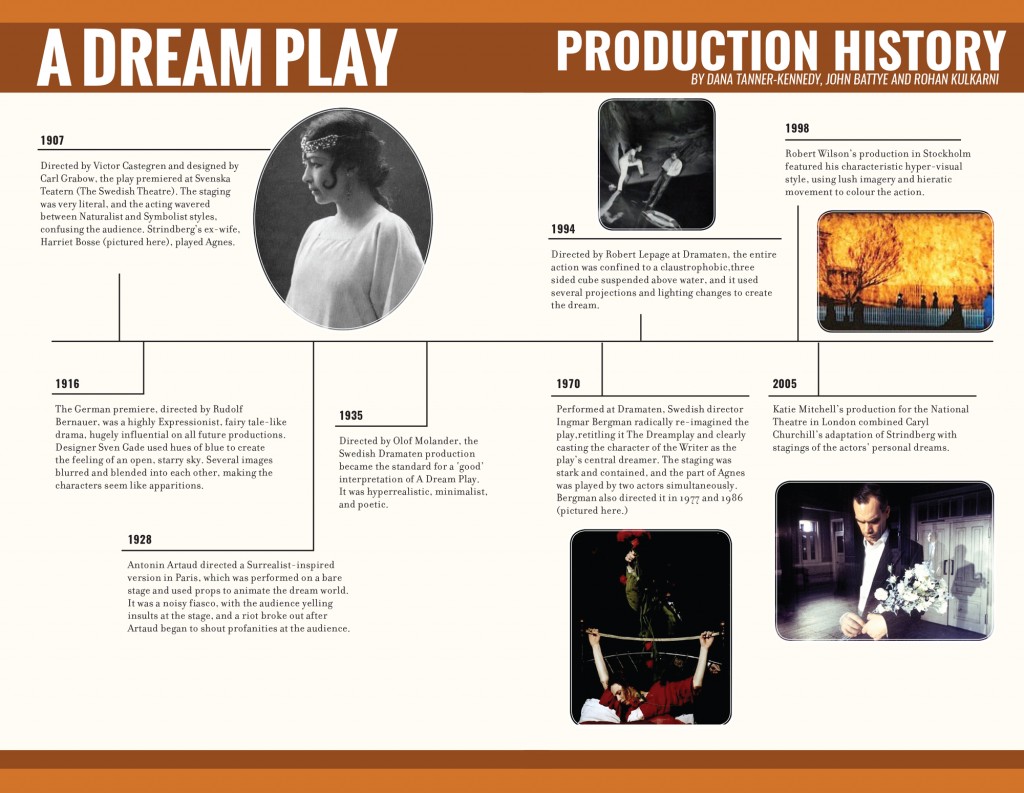 Previous article6 cool things about Tchaikovsky’s Symphony no. 6Next article